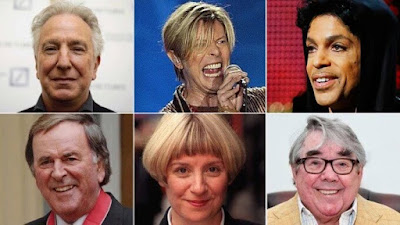 Could 2016 be the year of death in Hollywood? The amount of celebrities who passed away this year is at an all-time high. To the world you may be a billionaire, celebrity, or an icon but to the angel of death you're just another name on the list. Here's the thing about mocking people who express public grief over the death of a celebrity. Some folks REALLY DO feel an extraordinary personal connection and debt to the work of certain famous musicians, authors and or artists. In a week of April we've lost three different celebrities in a row. Doris Roberts, Chyna and now Prince all in one week. 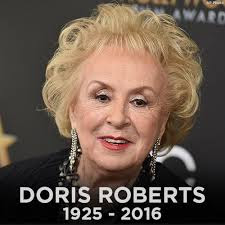 4/18..."Doris Roberts, the actress who played Raymond's mom Marie Barone on Everybody Loves Raymond, has died at the age of 90.


TMZ reports she passed away on April 17 in Los Angeles, California." According to WetPaint

Yet again, using a celebrity's death to get more clicks. So many pointless clickbait, pay per click lists about Prince. We live in a world where people encourage you mourning over the death of a celebrity, but how often do you meditate on the death of Christ? Hearing about someone's death, if it's someone I knew personally or a celebrity, feels different now after losing my parents. It hits harder. Sometimes when I hear that a celebrity dies a drug related death my first thought is how unlucky they are to have people around them to just let them die. Life is too short to be fighting with friends and family. Death is right around the corner... Appreciate your people while they're still here. Sometimes the difference between life and death...........is you. 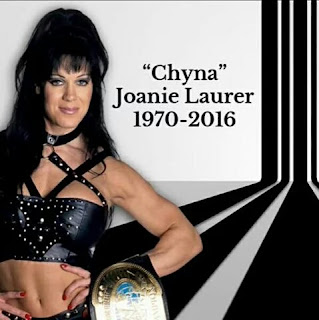 Just yesterday 4/20 while reading through my Twitter timeline I discovered that WWF mega star Chyna was found dead in California at the age of 45.Words cannot describe... Now here's 3 or 4 paragraphs of words literally describing how sad I am about the latest celebrity death. You know it's a bad year for celebrity death when your first thought when you wake up is omg I wonder if anyone died while I was sleep! Sadly, it's only when a celebrity passes people remember that no one can escape death. Imagine if all of us cared about poverty/homelessness like we care about a death of celebrity what a change that could happen, just saying. There's nothing tackier than people responding to a celebrity death by listing the celebs they wish would die.I live in a generation where it's not ok to pay respect to a music legend because we didn't listen to his music. Pay attention to those who pay attention to you. If someone is giving you their all, do the same out of love and respect. No more dead celebrities we're gonna build a GREAT DEATH WALL and we're gonna make 2016 pay for it!!! 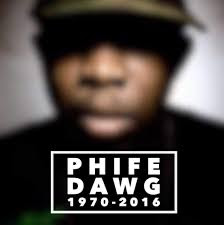 The very next day 4/21, it became a viral social media trend that music legend Prince had passed away as well. I know everyone thinks 2016 has been some sort of 'year of death' for celebs, but I'm sure no more than any other. It was just a couple of weeks when Liza Minelli's ex husband, David Gest at age 62, was found dead in a Four Seasons hotel. The wife of Sir Tom Jones, Lady Melinda Rose Woodward, passed away at 75. Helen Keller Oscar winner Anna "Patty Duke" Pearce, passed away at the age of 69. There seems to be a pattern. First Bowie, then Phife Dawg, now Prince? Fuck you 2016. We lost two powerful musical influences in my life within a month. Bowie, Frey, Kantner, Maurice, White, George Martin, Keith, Emerson, Sinatra Jr., Phife Dawg Haggard, Prince, Kimbo Slice, and a massacre killing 50 people at the Pulse nightclub in Orlando Florida, all in 2016 so far.
No one notice your tears, no one notice your sadness, no one notice your pains, But they all notice your mistakes. 2016: it's as if, due to the unusual passing, death has been *really* pissed when you can't smile enough because the death is so near.
Right before that was Malik "Phife Dawg" Taylor, 45, member of the 90's super rap group "A Tribe Called Quest"."I like 'em brown, yellow, Puerto Rican or Haitian. My name is Phife Dawg from the Zulu Nation." -- best rhyme ever.written. Even Sesame Street paid tribute to Phife Dawg. Toronto mayor Rob Ford passed away at age 46. At the age of 72 Frank Sinatra Jr passed away in Florida. The world stopped for other Hollywood legends David Bowie and Natalie Cole. I am honestly afraid to ask who's next? Yeesh! First it was Phife dawg and now it's Prince... Does this planet even matter anymore.

Is there no let up on the celebrity death list of 2016, the grim reaper seems to be making bookings by the day #RIP.I actually felt like Prince would never die. It legitimately shocked me more than any celebrity death in a long time. Does someone need to talk about a celebrity everyday for them to prove that they were a fan up until their death? RIP to the legend man. Could this be the result of natural death or unhealthy living? 500+ people were killed in an earthquake in Ecuador and all people care about is the death of a celebrity. Shameful. I haven't been this sad over a celebrity death since Joan Rivers or like Robin Williams. But Prince, man. I'm devastated. May we take a moment to pay respect to all the families who lost their loved ones so far this year. 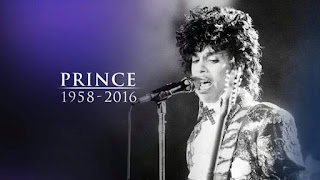 Death is no respecter of time nor talents. The Grim Reaper seemed to be on vacation the last couple of years and had to play catch up. Any chance of ceasefire till the end of the never year? This just in, on Christmas day singer George Michael also passed away. This is why every strata of society whether celebrity or pauper, needs the good news of Jesus. I'm actually tearing up. I haven't felt like this about a celebrity death since Whitney. I don't usually tweet a celebrity death, but ...Prince. I've always wanted to see him live. Sad I never did. Amazing artist. Truly one of a kind.