Why Getting Political On Social Media Sucks For You - SocialNetworkTrends.com 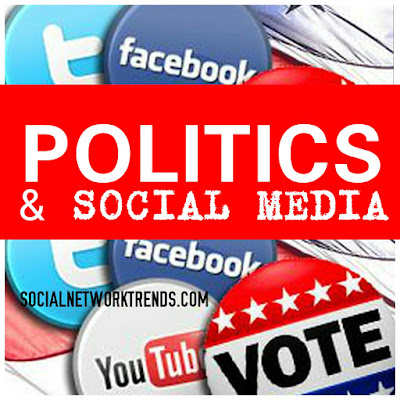 No one has changed their political opinions because you posted an angry Donald Trump rant on social media!!


It's going to suck for you because it's sad that politics on social media is often so exaggerated because it makes people incapable of having respectful, fruitful discussions.

However I do believe that strategically placing yourself on social media as an aspirant is key. Politics 2017 had social media setting the tone. 2018 is the year of the "unfollow". I've unfollowed 44 out of my 312 friends on Facebook it's going to suck for those 44 people who lost followers because of their political views.

Social media is changing thanks to politics. It's unfortunate though since social media is becoming a big platform through which a lot of people get their news. It's funny that some of the least educated people I know now post a constant stream of positivity and wisdom and politics on social media.

Most people literally cannot validate why they won't support Donald Trump are only doing it in support of the bandwagon hashtag effect.

Sadly, I love it when people try to talk about politics when they only know what's been put out on social media when it's almost always twisted.

My fear is that tabloid ad hominems and politics of personal destruction have now been imbibed wholesale by left and right on social media.

If you use social media for work, it might be best to keep quiet on your politics (unless that is your work). Politics of hooliganism, gangsterism, abuses and daily insult on social media does no one any good.

Stop it, young men and ladies. Some undignified behaviour going on in local politics - do people forget social media is public viewing? Have some decorum!

Trump underspends Clinton on TV ads, relying on social media: According to NBC: (Reuters). It seems as if since Donald Trump began to run for presidency, 70% of social media is Donald trump. 10% Bernie sanders 10% Hillary Clinton and 10% cats.

It's interesting how hard the media's pumping in anti Trump hashtags. Leave it to Crooked Hillary to create pointless hashtags against Donald Trump. Very ineffective and lazy.

Folks on social media created the most outrageous hashtags about the Donald like #MakeAmericaAPieAgain or #DumpTrump but I'll reference him on my Twitter timeline using the hash tag #MakeAmericaGreatAgain not because it's a viral social media trend but no matter what happens we, as fans of social media, are always here to spread love, support and defend the right for public opinion.

I like to use supportive hashtags when entering community spaces while trying to engage in mainstream conversation in any respect.