TRUMPTRAIN® Jump Aboard Or Get Run Over! - Social Network Trends 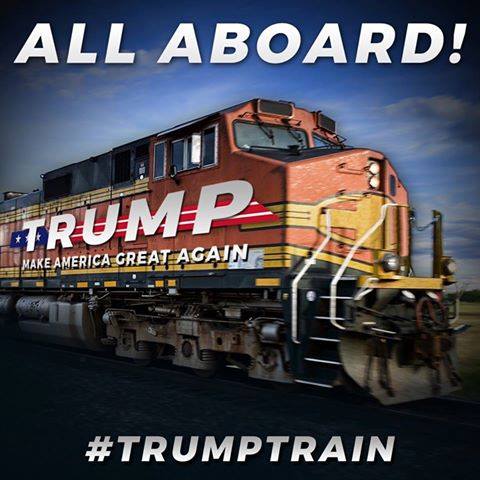 To all those celebrities, athletes and politicians who stood with her! Dry those eyes and jump on the TRUMP TRAIN! We welcome ALL Americans!

Gotta love how some haters of Donald Trump's rhetoric are using equally if not worse rhetoric in response to his victory.

If I were Obama (ha) I'd ask Trump to do a joint press conference denouncing the hate crimes.

You criticize Trump for not being willing to concede if it was apparent he was losing and then go protest when he wins. We the people spoke loud and clear American exceptionalism, military power, American workers, God and country, we took it back.

They said if Trump wins " " he'll lead us into war", within 48 hours Russia and Syria both announced their desire for peace with the United States.

They said that "women will lose their rights", Trump made history by hiring the first woman to manage and win a presidential campaign. 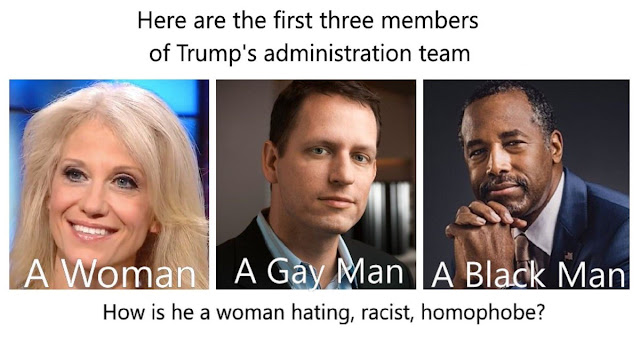 Dear Liberals, the hateful words, and rhetoric you spread when things don't go your way is not okay.

It's pathetic. Liberal used to be a nice word. Now hijacked by a dishonest, elitist bunch with a 2-year-old's EQ and much selective outrage. Non-racist Americans are so sick of being called racist that they vote your party out.

Your response? Even more name calling. To the ill-informed: Not only is Trump not misogynistic, but his FEMALE campaign manager made history by being 1st to run winning campaign. ABCNews you and the other mainstream media circle jerks are responsible for this fear anguish and rioting.

You are about to make everyone change focus from politicians to you. I hope the American people rally against the media for once instead of absorbing your manipulations because it's a viral social media trend.

There will always be haters but there will always be those of us who know Donald Trump is going to be a great president. Liberals rioting all over the US after we won the election fair and square. Really speaks to their character!

In conclusion, the Dow Jones closes at record highs, and Trump wasn't even sworn in. That was a preview of his presidency!

Dear Liberals, the protest already happened..at the voting booth. We voted against the establishment in protest of what you're protesting.
discoverdior Jump Aboard Social network trend. TRUMPTRAIN®