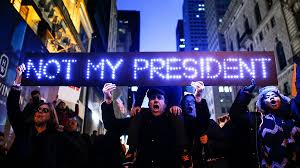 Whatever side you're on, it's worth giving this a read. This is who was sworn in as our President. Want to trigger a liberal? Just tell them Donald Trump is our President.


Before being sworn in a lot of Americans are ready to impeach Trump. Making his time in office seem removable and re-writable, his likeness from Americans seem much smaller than Obama, very similar to a human USB.

ACA 60% approval rating. Obamacare 49% approval rating. Notice anything strange here? Obama went out and partied on 1/20/08-12 at balls. Trump is going to work after he's sworn in. That will be the 1st lesson in work ethic. General Motors and Walmart is already starting the big jobs push back into the U.S. Trump says 96 million people are unemployed. So that's the number we will use starting January 21. 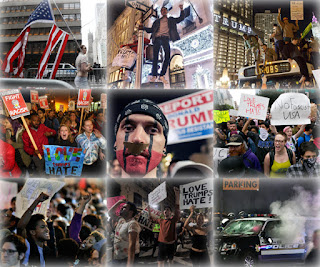 Stand for what you believe in. Folks rallied in New York City against Trump to protest creating the hash tag #notmypresident as it became a viral social media trend on Twitter. How you all complain about Trumps cabinet not being diverse but call anyone a coon or sellout for speaking with him? Makes no sense. Trumps Cabinet consists of accomplished people. Successful people = Successful country here's what each member of Trump's $4.5 Billion cabinet is worth according to forbes.


You didn't see people doing this when Obama was elected TWICE! Just saying! Totally disrespectful but not surprising. I really feel sad that most people cannot accept the vote. We lived through the first four years of Obama and sucked it up; when he won a second term -and, trust me if anything was rigged it was THAT ELECTION,- we sucked it up and endured the fallout of racial polarization, political party wars, the rise of anarchy with Ferguson, Sandy Hook, etc., the murders of James Foley, Stephen Sotloff and other journalists and humanitarian volunteers & the rise of ISIS, never mind raising taxes, losing jobs to foreign countries, and now pardoning and commuting sentences of traitors under his treachery.

We had to live through all of it. Have some faith now in a change of pace, a cure of the disease and deficiencies which caused this country to run amuck and you might just see that you will gain some ground again.Who did this????? A minute percentage......give me a break....show me where protesters at Obama's inauguration had to be pepper sprayed due to violence.....I'll wait. The sooner you realize that you're on your own the better off you're going to be.
Donald J Trump President USA or USB