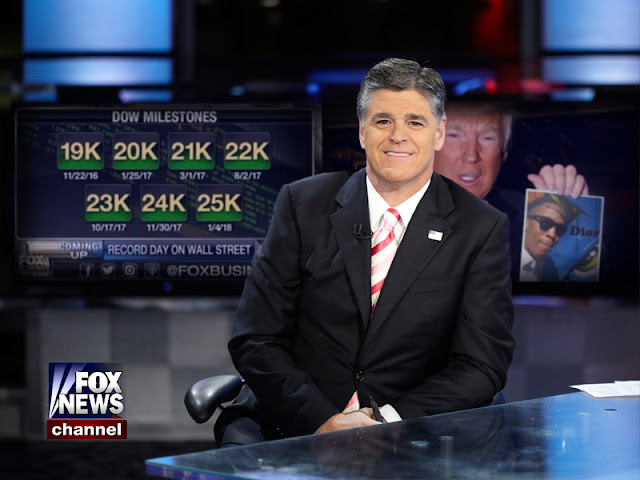 Barack Obama: How can this be! Thankfully nobody is taking market advice from you. Does Trump have a magic wand??


Obama did nothing but print money. According to Trump "Dow just crashes through 25,000. Congrats! Big cuts in unnecessary regulations continuing". Typical Lib Logic.

Consumer confidence is at an all-time high! Jobs, Consumer Confidence, Business Confidence and Every American 401(k) at ALL TIME HIGHS thanks to President Trump #MAGA Trump has brought not only companies back to the US, but have jobs. The tax cut is allowing business to get going again, Give it 6 months and Americans will see the difference.


Even liberals now admit that President Trump is the greatest Jobs & economy President of all time. The Dow will be at 35,000+ by the end of President Trump's first term... The fake news media can lie and say these policies are hurting us, but the market is proving that's a lie!


Are you trying to figure out how Obama can credit himself for economic numbers he himself, said would never happen?


Trump also tweeted "Stock Market had another good day but, now that the Tax Cut Bill has passed, we have tremendous upward potential. Dow just short of 25,000, a number that few thought would be possible this soon into my administration.

Also, unemployment went down to 4.1%. Only getting better!". Just curious... whose fault do you think that is? They have the same opportunities as everyone else to get a good paying job and make something of themselves do they not?


What about the ones that responded by laying off employees?? Allergan plans to cut over 1,000 jobs- according to CNBC. Macy's Announces 5,000 Job Cuts- according to USA TODAY. AT&T plans to lay off and fire more than a thousand workers - according to ABCNEWS. Most people fail to understand that online sales are taking over, no major corporation can compete. Some say - Only 20% of American households own stock.

If the stock market is your only measure, Trump is easily the worst President in history! You must have failed Economics 101.

It isn't just a matter of owning the stock. Those who do and benefit from a strong market generate jobs, pay more, etc. Mr. President, we true Americans thank you from the bottom of our hearts for saving us.


Rush Limbaugh: Trump Not Getting Enough Credit for Booming Economy.