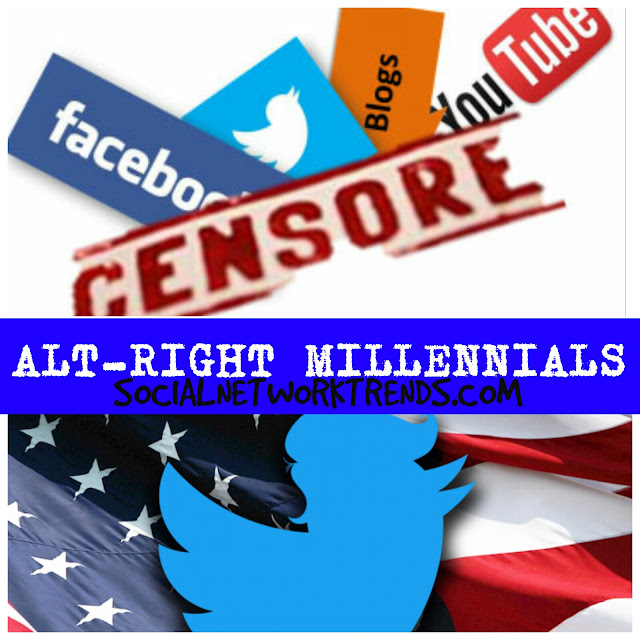 Far-right Millennials on YouTube is the internet age equivalent of anyone that isn't Liberal:


They're "savvy" in that they know how to bombard otherwise normally-functioning websites with their crap and get away with it.

Or Perhaps: Anyone not far left. Even actual liberals are listed in that mess. Look at Tim Pool. He's nowhere near the right.

As an informed member of the tech community. I implore you to STOP IT! You develop applications to increase communication and freedom of individuals to accomplish everything to their maximum potential.

In an article published today on Wired where they are suggesting that, "A recent study from Data & Society, Alternative Influence:


Broadcasting the Reactionary Right on YouTube, details how far right YouTubers manufacture authencity and countercultural appeal, game the attention economy to boost their views, and use that influence to build a supportive (and sometimes lucrative) network for themselves.


If you’re familiar with the influencer economy, those beats will sound familiar. Stripped of ideology, Alex Jones’ business model isn’t so different than a Kardashian’s—he just sells different vitamins.

It might seem odd that people can relate to racist ranters in the same intimate way others relate to makeup gurus, but it isn’t.

Regardless of whether you're spewing hate or showing off your Target hauls, YouTube's reward systems work based on behavior, indiscriminately of content—something no amount of fact-checking will fix." - Wired

While tech cos could do a better job with some the behavior seen in their platforms, simply having “bad ideas” is not a reason to place the burden of arbitration on them. In fact I find it troubling this statement was made in the article at all.

You are responsible for unaccomplished freedom world-wide! These are great accomplishments but you are also responsible for manipulation and control of mass thought and you have to recognize that you are ACTIVELY suppressing and oppressing segments of the population.


This is intolerable to your original purpose to use technology as a tool for greater good and not become authoritarian tools to dictators whether they are dictating from positions of government or corporations.

If you are still human in your hive of corporate cubicles, you would resist this push by your bosses to attack people and instead just let the people BE FREE!


What it means to be right wing?


"According to The Concise Oxford Dictionary of Politics, in liberal democracies; the political right opposes socialism and social democracy.

Once your cred is established with your audience, you can use that clout
to call your detractors out as “fake” and expect, not just to be believed, but also to gain countercultural appeal." - Uhmm... Wired?

This is what the mainstream press does and has done for decades, only the traditional press is not countercultural, but tries to give that appearance for corporate marketing purposes.

This is a people problem, not a tech problem. Like so many other ugly parts of the Internet our (general population) inability to critically evaluate what we consume and regulate our behavior online is most often the problem.

We should all be far more concerned that people are not able to discard these views as whacked from the get go.

Cripes, just please, go out of business, it's a shame that Wired even exists anymore. Your publication is a public pants-wetting. His only sin is he points out the madness of people he'd otherwise support as well as poor reporting or "research" including the source material for this piece.
Alt-Right Millennials