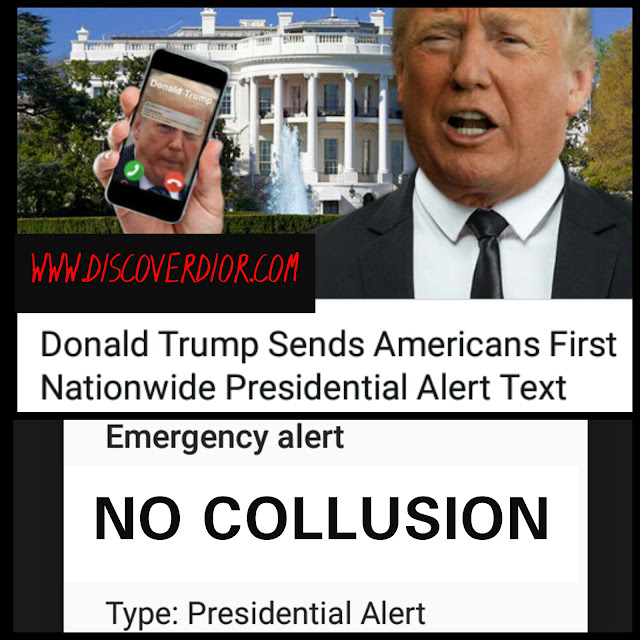 HOW TO ‘TURN OFF’ THE PRESIDENTIAL TEXT ALERT TEST -


Didn't get the presidential alert on your phone today? You're not alone, and FEMA wants to hear from you.

Roughly 225 million electronic devices across the U.S. sounded off at 2:18 p.m. ET for a “Presidential Alert” that read: "THIS IS A TEST of the National Wireless Emergency Alert System. No action is needed." 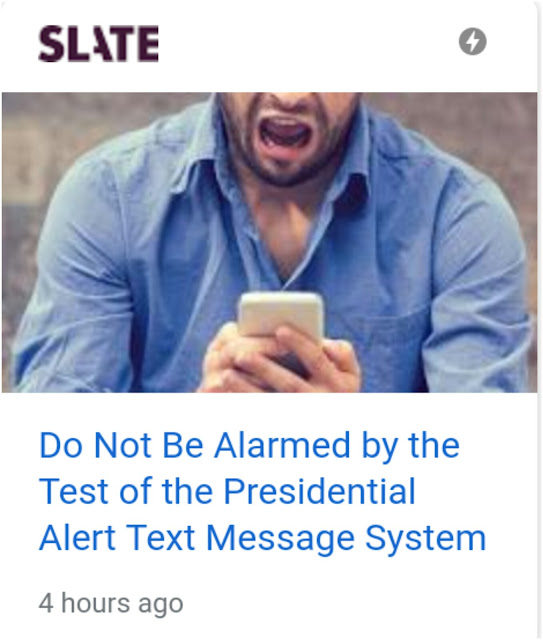 The alert test, which is FEMA's first for the wireless emergency system -- and is being coordinated with the Federal Communications Commission -- made a sound similar to an Amber Alert or flood watch warning.

The alert will appear as long as the device is on, and may also show up on smartwatches", according to officials at FoxNews


"The message is part of the national presidential alert system, which sent out its first test at 2:18 p.m. ET Wednesday. Similar to Amber and weather alerts, it's designed to allow a president to issue a warning about a crisis like a missile headed toward the U.S. or an incoming tsunami. The big difference is that it's sent to every cellphone in the U.S. -- unlike alerts targeted to a region." - CBSNEWS

The thing to know is this:

This gives the gov't access to your E911 chip in your phone. Access to the E911 chip gives full access to location, camera, microphone, and all of your phone's functions.

Naturally, jokesters all over social media found that some action was indeed needed, and started with the spoofing and memes. Many envisioned what the alert would be like coming from different people, or at different times. The official Twitter feed for George Washington's home, Mount Vernon, invited readers to share alerts as the first president might have written them. One, obviously referencing Paul Revere's famed ride, read, ""Hey Paul, I can handle this...PRESIDENTIAL ALERT: THE BRITISH ARE COMING!" - CNET

That’s all we need is a “Presidential Alert” coming through our cell phones.

According to Wired - National Wireless Emergency Alert System. No action is needed.” As we reported, this test is the evolution of long-standing national effort to create the perfect doomsday alert system. Some people, however, want to opt out.

Unfortunately, they can’t---officially. Though you can turn off Amber and other emergency alerts in iOS and Android, those settings won’t affect your ability to receive this test.


I realize that he isn't actually sending them, nor can he..But.. just calling it a "presidential" alert or message just sucks because it makes you think of him and automatically want to destroy ur phone.

Why couldn't they just call it a National Emergency Alert??


In conclusion; It’s good to know the President can directly send out alerts to each individual American who has a cell.

I hope someone’s monitoring that though imagine if he used it like he uses Twitter and we just get bombarded with alerts at 3am about “fake news”?? #PresidentialAlertSystem

HOW TO TURN OFF THE PRESIDENTIAL TEXT ALERT TEST