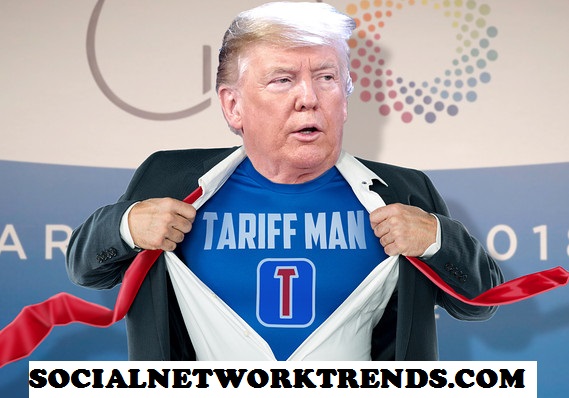 If I could be a superhero, I would be Tariff man. Social media responses turned the phrase into a viral social media trend.

Today trump declared that he is “tariff man,” and yesterday he threatened to end subsidies for the development of electrical cars and technologies. He is like some weird industrial and mercantile Taliban. Fear modernity. We are traveling back in time.

If you do not understand tariffs. US citizens pay the cost of tariffs through the increased costs of the products. Super Powers include: Bankruptcy, sexual assault, Bizarre use of caps lock, ability to bankrupt farmers Weakness: The truth, Robert Mueller. Or perhaps, Creating that character would be too taxing.


According to the NYT - "WASHINGTON — President Trump warned China on Tuesday that if President Xi Jinping failed to make good on the trade promises reached during their weekend meeting, the United States would impose additional tariffs on Chinese imports.

Tariffs are a cost to American consumers, unless they have a net gain with American workers. No net gain I've seen. New steel mills opening? Aluminum plant? Just layoffs. Trump is now calling himself the Tariff Man. That's a lot nicer than the names I call him on a daily basis. I'd make a running list but I only have 280 characters to work with.

Referring to himself as a “Tariff Man,” Mr. Trump issued a series of tweets that only further deepened the murkiness surrounding the trade truce that the two leaders said they had reached on Saturday evening on the sidelines of the G-20. Stocks, which rallied Monday on the potential for a pact, began a downward spiral on Tuesday as confusion set in about whether an agreement had truly been reached." (Source NYT)

Tariffs are a cost to American consumers, unless they have a net gain with American workers. No net gain I've seen. New steel mills opening? Aluminum plant? Just layoffs.