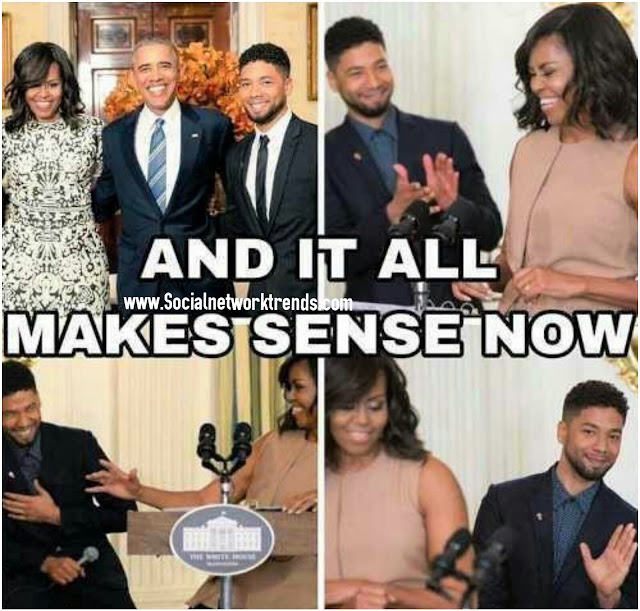 Aide Involvement: An investigation of the prosecutor who texted former Michelle Obama chief of staff on Jussie Smollett case.

Chicago fob' Michelle Obama got Jussie Smollett a man who committed an actual 'Hate Crime' off.

The following quote support the findings that aides of Michelle Obama played a role in the outcome of the Jussie Smollett hoax case.

Before recusing herself from the case in mid-February, Foxx exchanged texts with Michelle Obama’s former chief of staff, Tina Tchen, a close friend of the Smollett family.


Tchen, 63, sent a text to Foxx three days after Smollett, an actor on television's "Empire," claimed he was the victim of a hate crime, saying that she wanted to set up a phone call to discuss the case."


The following are 5 Steps to the possible  aide involvement of how Michelle Obama Influenced the Jussie Smollett Hoax case.

The fob demand is' if I ever hear another Democrat say Michelle Obama “goes high,” I’ll puke. This is what real obstruction of justice looks like, folks.

Chicago is where you can commit hate crimes against White People and get a smile from the Obama colluding prosecutor.