Southwest Airlines is offering $49 one-way flights from California to Hawaii as it starts service to the islands starting March 17. 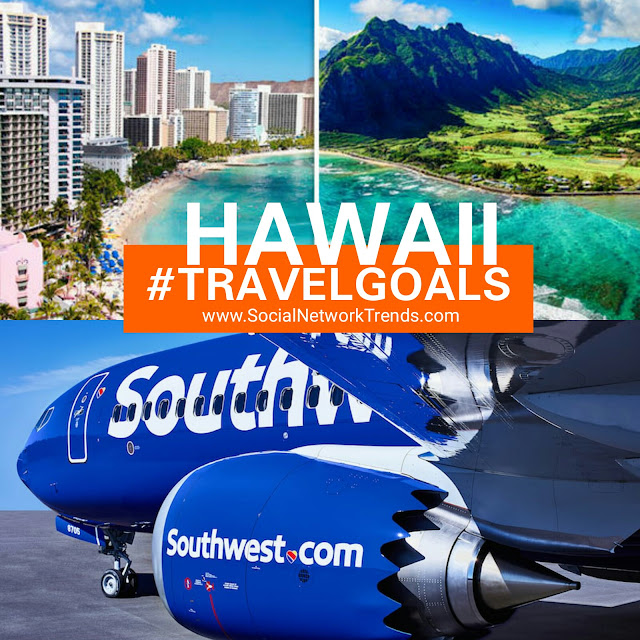 (Social Network Trends) - you might be able to travel to paradise' after all. If you live in California, Southwest airlines is hooking you up with an introductory price of $49 - one way to Hawaii.

"The airline's service to Hawaii is set to start on March 17. Start dates for sale-fare travel range from March 19 through various dates in May, depending on the routes. Travel at the deeply discounted fares must be completed by June 19.


Already sold out from everything I’ve seen. $350 one way was the only option I saw. For now, their scheduled service to Hawaii will operate from a few airports in California. You may need to plan a separate flight to Dallas from California to visit the Islands until they expand their schedules.

Comprehensive details about the fare sale are listed in the airline's press release.
Southwest is also launching inter-island routes, with the first launching on April 28 between Honolulu and Kahului. Inter-island routes are available for purchase through March 5 for as low as $29
one-way." (CNN Travel)

Which airline has the best rewards program

Southwest Airlines Starts Selling Tickets To Hawaii For $49 - Forbes · Tickets to Hawaii on Southwest Airlines finally went on sale this morning, ... tickets for travelers; most expect these new Hawaii routes to be no different.


Southwest Airlines kicks off Hawaii flights with $100 roundtrips - SFGate· Also today, Southwest announced the routes it will operate between California and Hawaii along with a ...


Southwest Airlines to Begin Flights to Hawaii in 2018 with Lower Fares - Hawaii.com
The Dallas-based carrier, known for its “bags fly free” and no-fee policies, said it wasn't ready yet to identify the mainland-Hawaii routes it will fly, but said its ...

It seems as if all the airlines trying to compete with Southwest. Which is why we are reporting on this travel trending on social media.

Southwest Air will start flying from Oakland to Hawaii in March and I’m blown away by these prices. Flights are already selling out so get on it!
Hawaii Southwest airlines Travel