People have started calling these kinds of altered videos "shallowfakes": 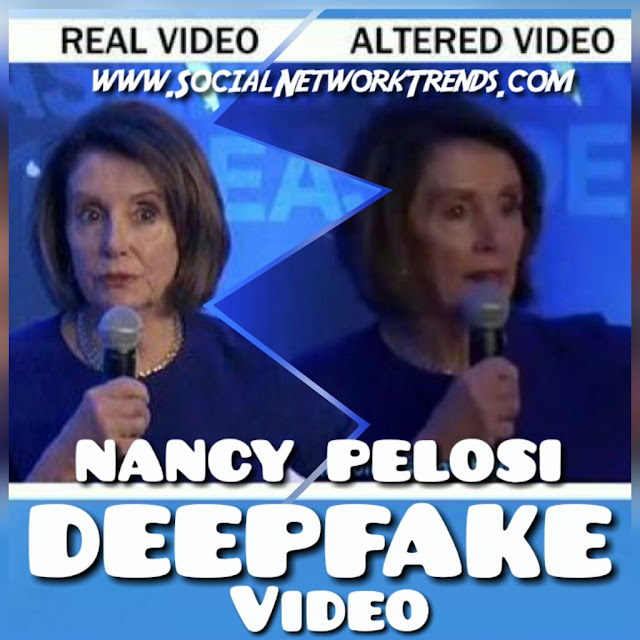 
Serious question: Is Nancy Pelosi drunk? Videos of Nancy Pelosi Drunk became a social network trend, here's what we know. Conservative groups online are altering videos of Nancy Pelosi to make her sound drunk. -- Expect lots more of these in the run-up to 2020. Spreaders of misinformation don’t need sophisticated tech to go viral: Even simple, crude manipulations can be used to undermine an opponent and score political points.


"Distorted videos of Speaker Pelosi, subtly altered to make her sound slurring and warped, are spreading on social media. One video, on a conservative Facebook page where people call her a "drunk," "babbling mess," has been viewed 1.4 million times -according to Washington Post

The guy who runs YouTube channel with conspiratorial videos of Pelosi "health problems" asked why "not a single reporter asks any questions when she suffers brain freezes." Pelosi's deputy chief of staff Drew_Hammill said, "We’re not going to comment on this sexist trash"

According to The Washington Post -- "YouTube pulled the videos after we sent them links and said they were never that prominent on the site. No response from Facebook or Twitter in the nearly five hours since I contacted them. On FB, the distorted Pelosi video has climbed to 1.7 million views."

Facebook isn't going to remove that video altered to make Nancy Pelosi appear impaired ― even though it says it wants to combat fake news. One of the reasons we left Facebook They’re irresponsible. As a utility providing a serve that’s become as widely used for communication as the telephone used to be, they should be regulated.


According to an article posted in The Guardian --

I'm not missing out, and I never miss it. If anything, I've made more sincere efforts to keep in touch with friends & family important to me.

So, yeah. An altered, misleading video about the woman who's third in line for the presidency will remain available on the world's biggest social network. More people watching and sharing every second. Every day, people ask me what they can do to fight the lies and propaganda. Today, we can share this link with people posting fake videos of Speaker Nancy Pelosi. If you think they won’t believe you, share it anyway. Our job is to do the right thing.
deepfake videos Nancy Pelosi drunk video