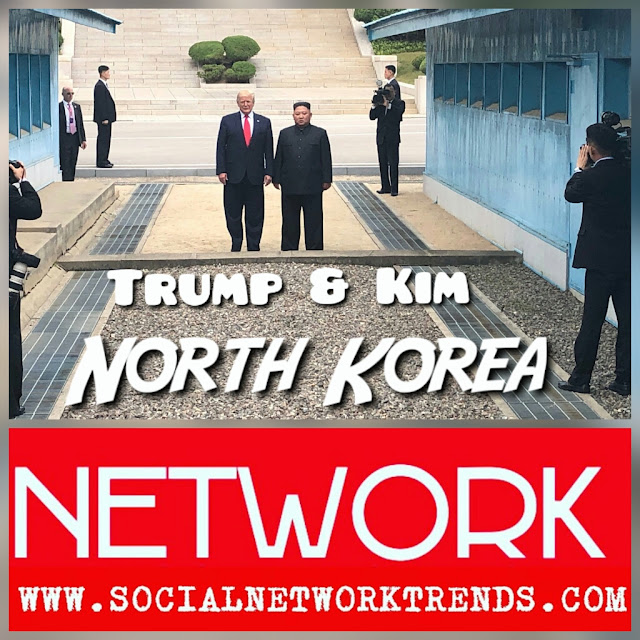 
Major, major embarrassment here for Barack Obama having failed during his presidency to meet with the NK leader. Historic moment witnessed today, one that will go down as one of the most historic in the pantheon of Historic Moments. My great great grandchildren will one day ask me "... Papa... where were YOU when Trump crossed the DMZ?"

According to Fox News - "After days of speculation about whether it would happen, President Donald J. Trump met North Korea's Kim Jong Un at the Demilitarized Zone between North and South Korea on Sunday. After shaking hands, the two leaders briefly crossed into North Korea, making Trump the first sitting US president to do so".

Kim Kardashian was able to get Alice Johnson clemency after meeting with President Trump.

Look at what happens when instead of resisting America First policies, you support the President of the United States.


This is something that the liberal left wing Democrats fought against and did not support. They don't want diplomacy, because they don't want to negotiate!!!

PM Abe says Trump expressed his support for a summit between himself and Kim Jong Un. Abe is the only leader among nations that participated in past 6-party talks (US, N. Korea, S. Korea, China, Russia, Japan) that has yet to meet Kim.


The benefits of improving relations may not be realized in this administration but its a step in the right direction. Resolution of conflicts using diplomacy is a long process.

Anyone else would have received the noble peace prize for this moment!
Kim Jong Un North Korea Trump