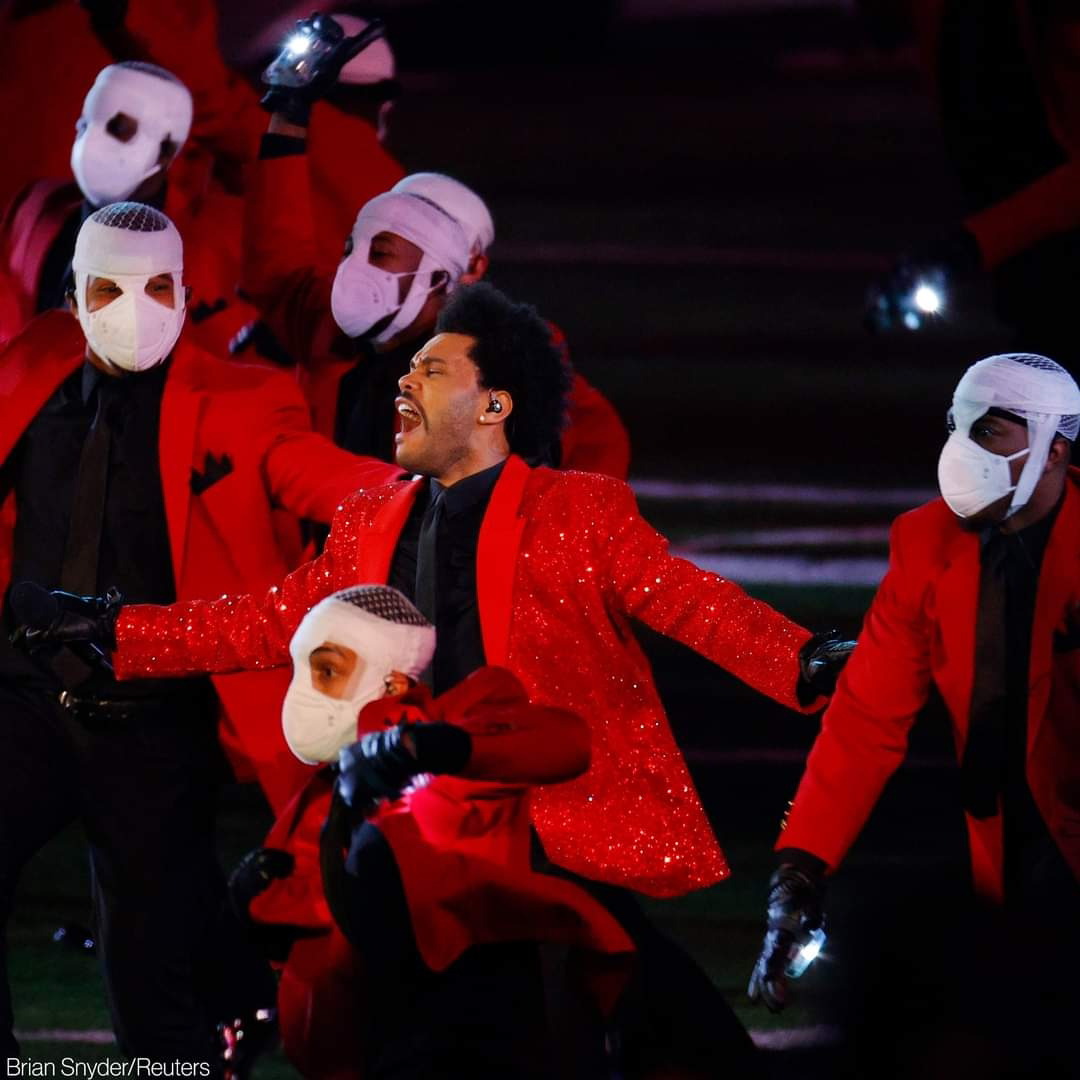 The pop star performed a medley of his greatest hits at the Super Bowl LV halftime show, sparking a wave of pop culture references with the show’s visuals. The Weeknd’s show, which included masked backup dancers, drew comparisons to The Handmaid’s Tale, Jordan Peele’s Us, Star Wars and more from viewers.
The start of the performance involved a large choir with glowing red eyes.
With the Tampa Bay Buccaneers holding a commanding lead over the Kansas City Chiefs, the performer, whose real name is Abel Tesfae, took the Raymond James Stadium in Tampa, Fla. a significantly more subdued and stripped-down performance than viewers of the high-profile TV event are typically used to.
Plenty of references were made, including quite a few to Star Wars characters. 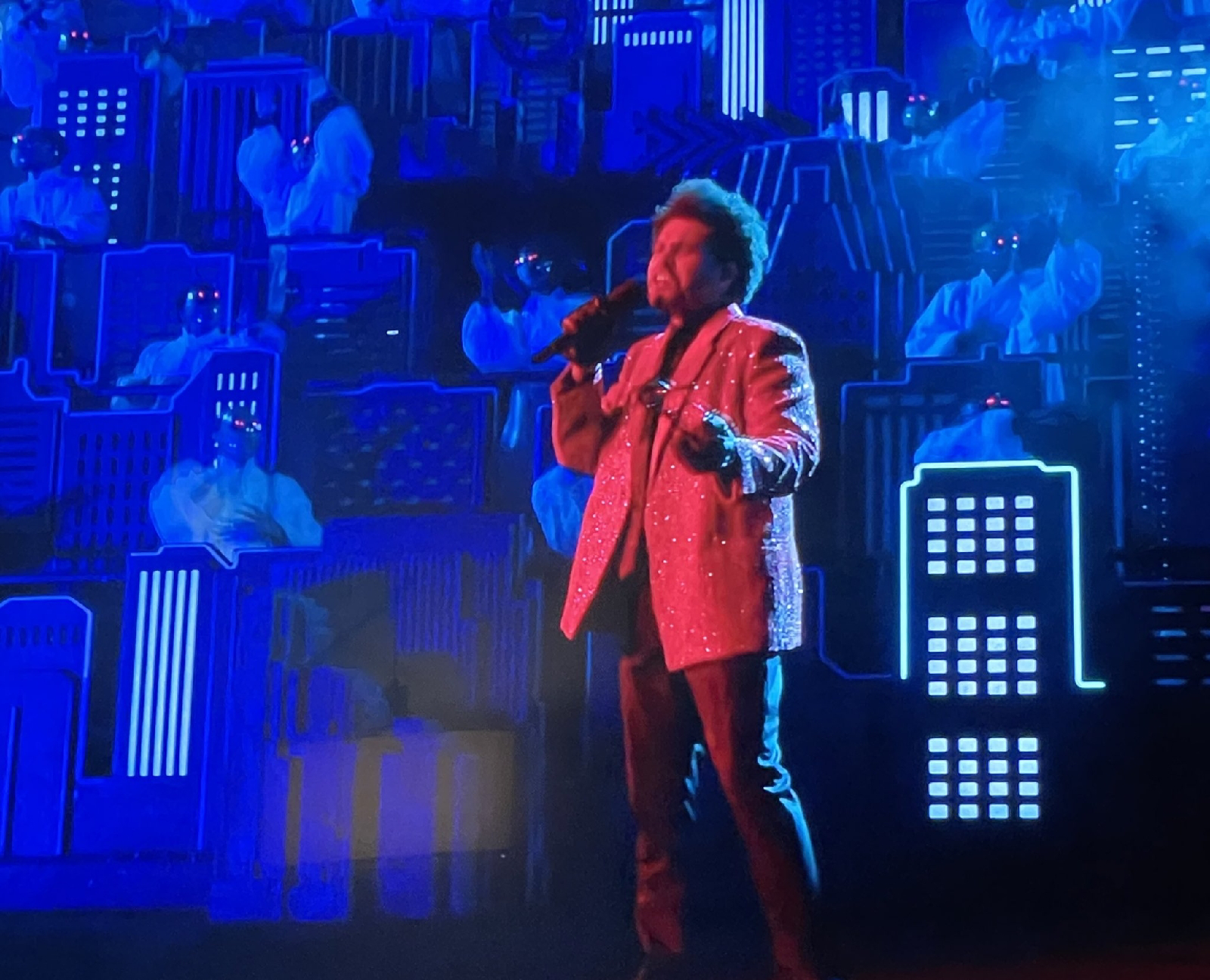 At first we were kinda digging the helmets Theweeknd’s choir was sporting at the start of the SuperBowl halftime show. It looked like a bunch of Ultrons. Some folks just want to know who dreamt that up.. a bunch of guys with Jock straps on their heads.. couldn’t the NFL have at least tried to double the pay and get Janet back? But this time, replace the boob with some kind of boob shaped anti Covid advertisement. I’ll save this idea and pitch it next Super Bowl. 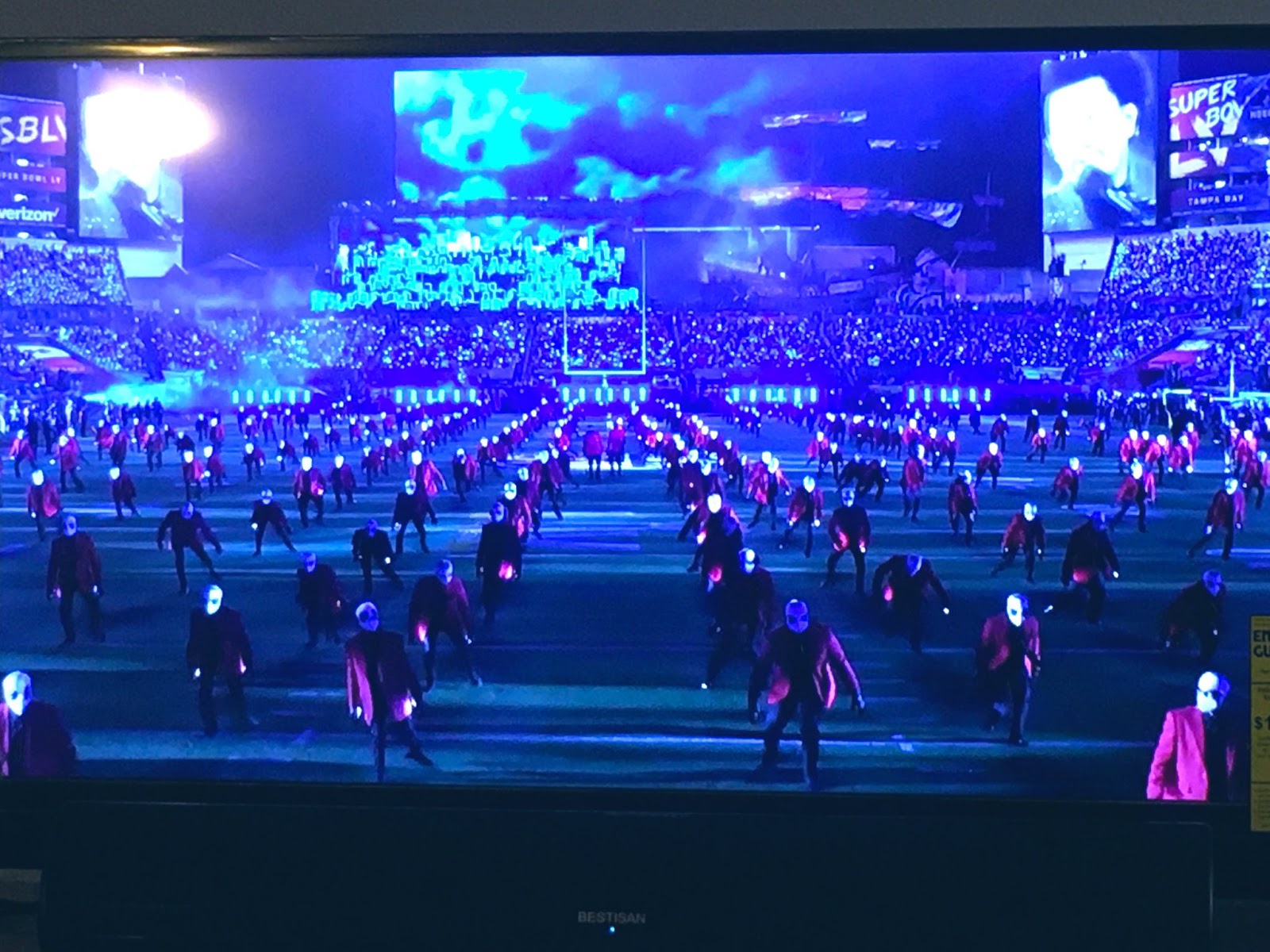 It didn’t take long for viewers to take to Twitter to pan the performance, which saw the singer merely jump from song-to-song with little showmanship or surprises. In fact, he didn’t even leave the stands to perform in the field until the very end. 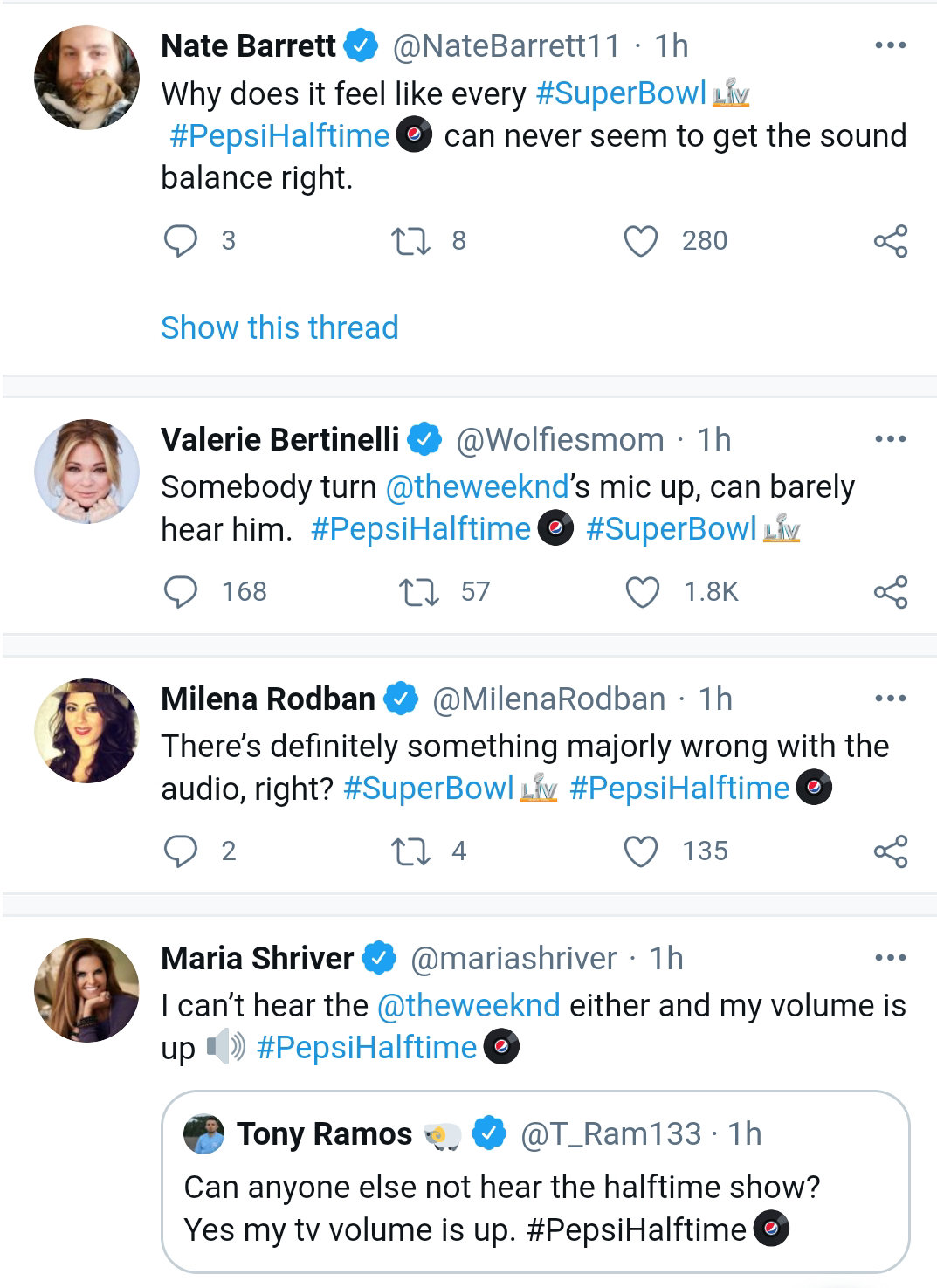 As the show continued, some viewers at home said they noticed issues with the audio. Read some more of the reactions via Twitter.
esme murphy @esmemurphy · "Love the @weeknd but this world is dystopian and scary enough".
Dino-Ray Ramos @DinoRay · "I must say...clever and RESPONSIBLE use of the masks."
Edd Dracott @EddDracott · "Smartest wearing of a suit and face bandages since this tbf SuperBowl".
What are your thoughts about the Super Bowl Half Time Show?
Halftime Show Super Bowl 2021 The Weeknd