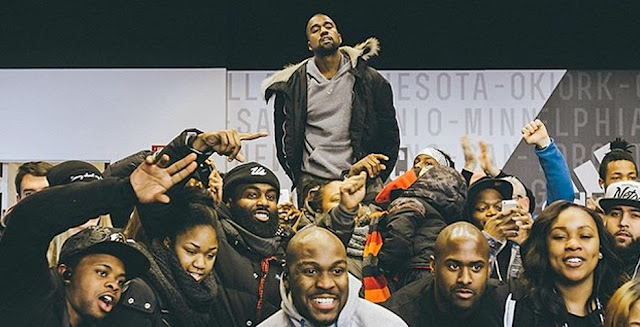 Kanye West attempts to get his street credibility back up by personally hand-delivering Yeezy 750 Boost to Adidas customers in NYC.  Kanye's smiling again in pictures, giving thanks for people buying his shoes. When you see him tell him that his Yeezy 750 boost are wack, he should have just stayed with Nike. Who's Getting These? Kanye's Adidas Yeezy Boost 750 cost $350, there are 9,000 pairs for the first run. Kanye said no red this time though, due to the Red Octobers, which I understand. 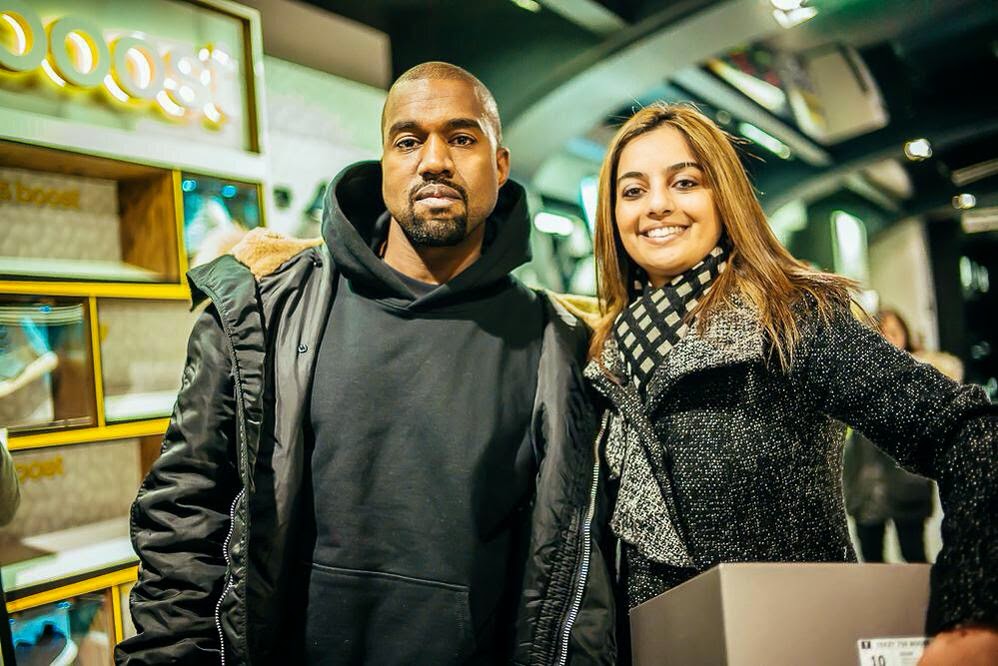 A friend calls to say that he just reserved the Yeezy 750 Boost but "there is no specific date or time on when I should pick it up. Can you help me? He also goes on to say that That Yeezy boost instagram giveaway is most likely fake but idc I'm desperate for a pair". Those Yeezy 750 will never be equivalent to or above any Nike Yeezy." So I reply, do Kanye's 'Yeezy 750 Boost' for Adidas have any branding on them? I really do love inconspicuous luxury/no branding, but I'm pretty sure that's it - Yeezy said no red - but that link with the boost 750 night flash solar red was real. The Yeezy Boost 750 kicks would look good on no one else but Kanye himself in my opinion. Opinions are so divided on the new Yeezy 750 Boosts. Everything from "Hell no! Look like tech-ed up Uggs" to "SO DOPE" to "Hmm..I don't know".  Apparently the Yeezy 750 Boost is $350 and there's no American sizing on box. Only in UK. If its more than $350, I would've not bought them, unless in a different color. Let's just be real here they are ugly as hell. No wonder Nike dropped him from the team. Some say no one cares about Jordan's when #Yeezy 750 Boost are here, Hail to Yeezy.

Now that Kim Kardashian flaunts her new Yeezy sneaks and plenty of cleavage during Fashion Week 2015 in NYC! It's safe to safe that the new Adidas sneakers is a hit. The streets are talking about Yeezy season that was just unveiled in NYC, to be an attempt to regain the trust of the masses. The only place to start is no other than New York City, during Fashion Week, All-Star Weekend, Valentines Day, giving Yeezy's away to everyone from his celebrity friends to random fans on the streets of New York and Brooklyn. It is a success, because they'll still sold out immediately, I honestly think the Adidas Yeezy Boost 750 are too expensive.  I wanted a pair of the Yeezy 750 boost, probably never wear them but it's just good to own a pair. Kanye's endorsement deals consist of nothing but hype, he is far from a designer, just a popular artist with a huge fan base and lots of money, the Adidas brand have officially hit rock bottom by hiring a media whore to bring attention to their brand. Unfortunately Adidas Yeezy Boost released in NYC first and then worldwide on Feb 28. I actually heard Kanye has street cred because of Jay-Z.  #Beck received a lot of street credibility over the recent Grammy incident, and now Kanye regains his street cred because of Yeezy, if you like them, let's get you a pair! You need some street cred too.

On behalf of the crossroads of America we would like to thank Adidas for giving Kanye West another opportunity to get his street credibility back. 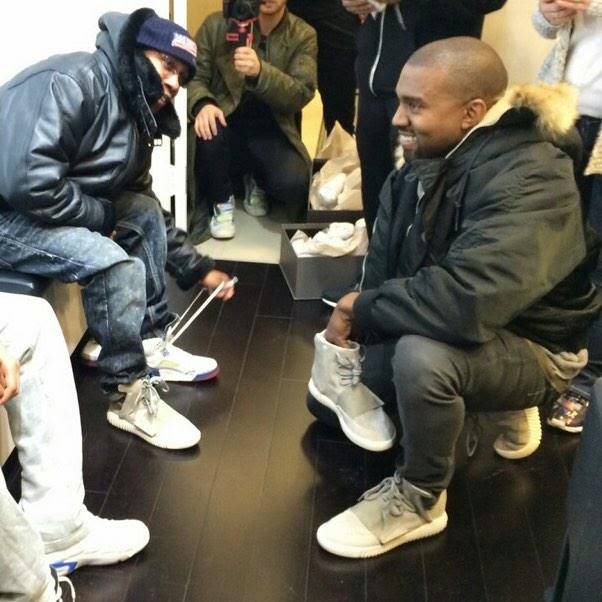