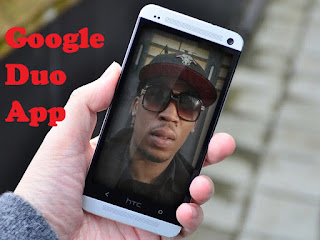 I've tested Duo, Google's new video-calling app, to compare to Apple's FaceTime and I’ve got a duo of Google Duo opinions. Google launches it's FaceTime competitor “Duo”. A new video call free app that doesn't require any registration with Google. I already have questions, like is there some way to hide your face so you can call but nobody can see you? Maybe I'll never clean the ear-grease off the front camera so the only thing anyone sees are blurry shapes. Will major corporations and emergency response services be able to use this app as well? Google Duo is great, but video chat is still super awkward.

At first I tried to download the Google Duo app that just got announced but apparently it's not actually out yet for everyone, I doubt I'll remember later to download for personal use. It seems like Google is taking on Skype and FaceTime with it's new video chat app. Welcome GoogleDuo – it's all about  video calling made easy. I can get used to enjoying face-to-face talking with just a tap of my finger. The "Knock Knock" feature will make video calls feel more like an invitation than an annoying interruption.

What I like is that Duo makes video face calling between operating systems easier because it's available on Android and IOS. Now it's really getting crowded in the video calling industry. It's a viral social media trend as a more simplistic and reliable way to video chat.
app discoverdior Google Duo Review Social network trend.