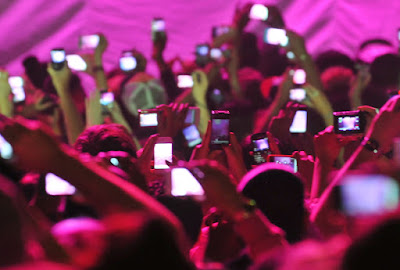 "Going Live" on the internet is the latest viral social media trend. It's only a matter of time before Donald Trump discovers the new feature on Twitter. Meerkat and Periscope were the first to introduce live streaming online. Then SnapChat was discovered. Now there's a lot of competition from major social media networking sites as Facebook, Instagram and Twitter now offer the live streaming feature.


Could this be a reason as to why VINE and Meerkat announced that they were shutting down their online video services for good? (See Article Here). "Ben Rubin, co-founder of Life On Air (the company behind Meerkat), announced that Meerkat has been pulled from the App Store:", according to TechCrunch. A great advantage of going live could be if someone is in danger; going live might not keep you alive, but it would be a great tool for the authorities to find your body after the fact. The obvious disadvantage is that because you're too busy going live that you loose your chances of doing something else to escape and or fight for your life.

After Instagram launched Instagramstories to compete with Snapchatstories and now with all the popular social media sites offering a "going live" feature; what makes anyone of these sites unique anymore. If VINE created so many social media celebrities all from posting popular six-second video clips, how is it possible that they weren't able to stay in the competition? Unless something else that is ground-breaking changes the social media world as we know it. It is almost safe to say that Twitter, Facebook, SnapChat, Periscope and Facebook might be the next social media website to shut down for good. At this point all we need is one social media website that offers all of these features.

Sign me up for never receiving a notification for someone going live ever again, please. For the love of God stop going live on Facebook! NOBODY CARES. Some people are on "going live" so much, if they aren't going live I assume they're dead. People going "live" on Instagram and Facebook to only one viewer ... That's not going live, that's a FaceTime call. You all should be ashamed to even watch the "Facebook Live Beating", which might have been the reason why they terrorized the victim in the first place. Just for "likes" on social media.

Now we're all one mistaken slip of a finger from going live on Twitter or Facebook. *horrified*. It's like a nightmare waiting to pounce. I don't know what made Instagram think giving me notifications about people going live was going to do. I don't care for the constant notifications on Facebook as they are more popular than the rest. Going Live on Twitter is okay. But it's all starting to seem so scripted. What ever it is that you seem to be involved in for that moment, it's all for "likes" and to gain more followers. The world might be much more interested in what you're going when you think that the cameras are not watching. Twitter is not as great as Instagram or Facebook's live streaming service because most Twitter subscribers seem to be fans of text and not images and or video streaming.