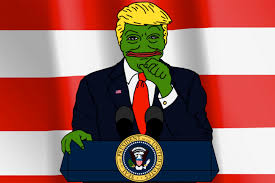 If they really wanted to protest, they would just suspend Trump's accounts on Twitter, Facebook etc. If they're going to insist they're not news/media outlets, why bother pretending to play by the same rules? We all know that the news media tweak their algorithms to present content that makes them more money. I may not feel like the media speaks to me with every story but I also don't think they are outright liars at all. Yes they are driven by profits and sensationalism wins but that isn't the same as saying they are all saying nothing but lies. According to TechNews "we’re also starting to see tech companies finally begin to grapple with the content that their platforms distribute." Don't make this one of those binary "us" versus "them" tribal things. I submit the media ignores me and you as much as it does them. Several are conservatives. I am, but that doesn't mean me, or a lot of us, want the entire nation to live exactly our way. As for media being monolithic- sorry, I view it as it is. They make varying versions of the same mistakes and have for years. I won't go into that in detail, because I'm exhausted on it. And yes, for the billionth time, I'm including conservative news sources such as Fox News in that. While I am not opposed to the travel ban, I don't necessarily think such things to be left to one man in the White House. I'd be happy with removing some of the executive branch's authority to make unilateral policy on immigration on one side or the other - amazingly happy, actually. But I know I'm fighting both sides on that, because so many like "their President" to have huge powers. I don't, whether it's who I voted for or not.


Oh, they might try that yet. People have been dealing with the fact that half the voters don't like their elected leader since Ancient Greece invented Democracy. The solution is, don't let the government have so much power that they can make your life miserable when the opposition gets in. Guess what happened? The Left has pushed for bigger and bigger Government, and now they've got it. They're simply scared to, as they know who controls the FCC now. And the Obama administration gave government far more power over internet regulation and it became a viral social media Trump trend. Until people on both sides of the aisle admit that both sides are equally responsible for this mess, and both sides need to sit down, shut up, and agree that compromising is a good thing, we'll get no where. Bet they regret that now.

"Last summer, in the thick of the election, Chris Tolles, the conservative CEO of Topix, tweeted out a response to the political turmoil gripping the world: “Asking for tech to ‘take a stand’ on issues? Look down at the device and out at the platforms enabling the conversation. That’s the stand.”-According to TechNews. You are now ruled by the 1% - these folks all care about their bank accounts, not you or I. The whole cabinet is made up of unqualified or unscrupulous people. Corruption abounds. I feel for folks that felt they haven't had a voice and I hope this guy gets you some of what you are hoping for but I fear he has played you all and you will not be better off because of it. But on the other hand. Trump voters, those in the middle of this country, or in the south at times. Those of use who aren't in big cities. Yeah, a lot of us are white, some aren't, and that doesn't automatically make us bigots.


Sorry - you maybe weren't going to say that, but so many people always pull out the "Faux news" comment and I'm sick to death of it. The fact is that you need to be a responsible consumer of news. Where is the information you are reading coming form? Can you verify on a second site? What we have now is Trump providing alternative information in the face of tangible, verifiable FACTS. By calling into question the validity of all media, he is working to undermine the free press and call into question what is true. Scary how much like 1984 it is. I wasn't trying to make this and us versus them thing but make a comment on the message that Trump has put out and its effects. Call it what you want but if it looks and sounds like propaganda, I am gonna call it what it is.
discoverdior donald trump Presidential Aphorisms Social network trend.