Trump vs. Fake News, Hollywood And The Media 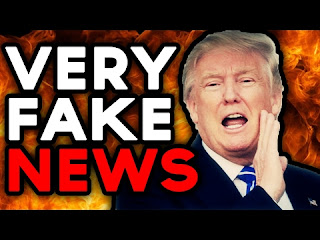 The media, celebrities and fake news are three things that are constantly on Donald Trump's agenda. While the media is an important informational tool that the general public rely on for information on pop culture, world news and current events. Donald Trump is bringing attention to the fact that there are a lot of fake news circulating on the internet that is damaging to society as a whole.

Throughout the political campaign between Donald Trump and Hillary Clinton the term fake news came about where Donald Trump accused certain media outlets like CNN for reporting on fake news to assist in an effort to tarnish his name and his campaign. According to ARnews "President Trump changed the CNN status from "Fake News" 2 "Very Fake News". While a lot of information that's shared on social media might not be completely accurate, it's all about trends. Viral social media network trends is a major component on social media that some people want to read whether it's accurate or not. 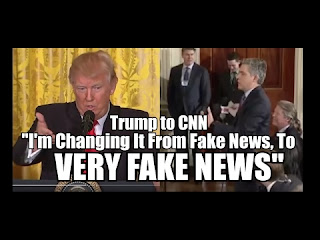 The media has a responsibility to make sure that everything that they report on is accurate and that's what Donald Trump has been emphasising on while addressing the public.

The fact that Donald Trump associated fake news with CNN brought their stock down and their credibility to where one can Google fake news and next to it CNN appears. Donald Trump is very active on social media and his tweets are highly effective. For Trump to denounce an award-winning news reporting agency like CNN as fake news it's horrible for the company and their ratings, which could lead to potential damage to the CNN brand.

Also Donald Trump is not a huge fan of celebrities, or maybe its the other way around, celebrities are not fans of Donald Trump. During his campaign speech he promised to raise taxes for people who make a certain amount of money per year and a lot of those people are celebrities. A lot of celebrities felt threatened by Donald Trump because he is going to dig very deep into their pockets and they're concerned because these policies will effect them directly. So of course they're going to dislike a person who now have power to impose higher taxes on them. There's a thin line between Donald Trump and the administration and celebrities.


However, celebrities seem to have manipulated their fans into thinking that they do not support Donald Trump because of the same reason why celebrities don't support him. Which is very misleading because most fans of celebrities are a part of the working class and are more concerned about Trump's executive orders on immigration reform, health care and infrastructure. While the common ground is still hateful, celebrities dislike Donald Trump for threatening to raise their taxes; a difference from their fans who dislike Trump for very different reasons.