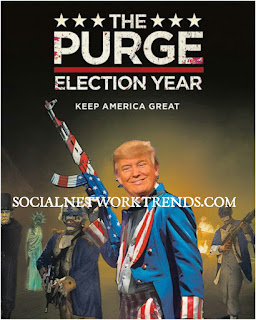 How many purge movies are they going to make until Trump decides it’s his new brilliant idea? 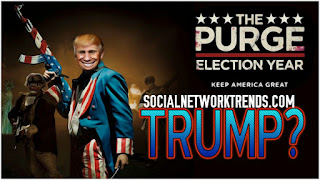 The campaign style trailer depicted entitled assholes would be everywhere. Cops shooting and tazing black kids in the street. Money laundering, guilty pleas. Look squirrel. WTF America wake up end the madness. My neighborhood wouldn't fall victim to this ignorance because they would have to deal with the real killers on the block.

The jigzaw puzzel seem to be falling into place. Trump-Russian corruption linked to The Supreme Court of The United States. Trump would go on about how he is the best purger there is and that nobody purges like him... though would likely just have his lackies do his dirty work for him. 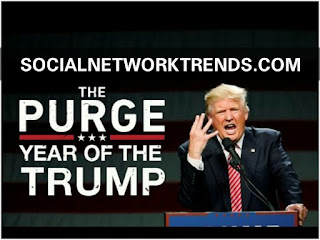 I hate when a new purge movie comes out and everybody is fearing it because they think it might be a reality soon. NEWS FLASH: The government is not stupid enough to do that and Trump's not going to be the one to make that decision.

I feel like people who would participate in the Purge in real life would be Trump supporters.

'The Purge' producer thinks Trump could usher in a real life purge!!

Don’t give him any ideas. He’s already a couple of sandwiches short of a picnic. If trump said the purge was a good idea his followers would probably murder people on the spot.

Thought I had during the screening last night: I bet Mike Pence would Purge. After watching 'The new Purge' movie I am convinced that it's a perfect representation of Trumps America.
movies the first purge trump purge