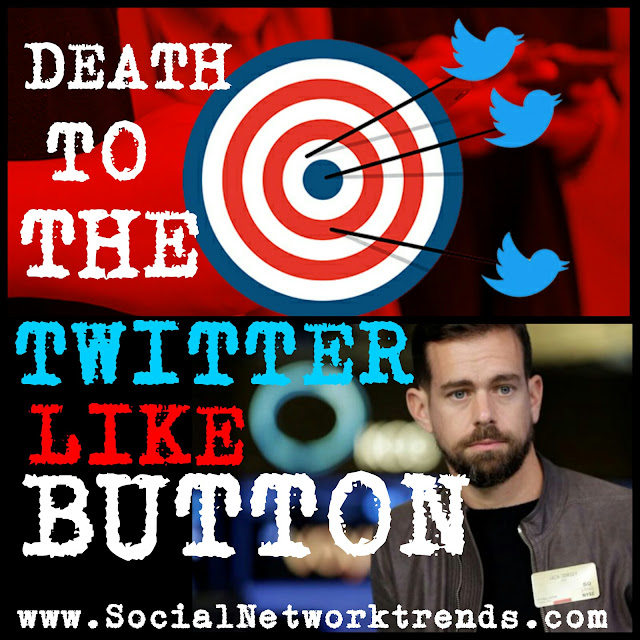 Hey Twitter, that's the worst idea that you have had... EVER! Do you want a toxic social media platform? Cause that's what it would be, people commenting horrible things way more often.


"The Telegraph reports that Twitter is considering removing the social media platform’s heart-shaped “like” button, a move that one might find heavy-handed in light of the company’s historically heartless approach to its hate speech problem. The goal is ostensibly is help curb social media addiction and, um “improve the quality of debate,” which, what?" AVNews


Twitter isn't even a good platform for debate as is. I mean, its main attribute is character limit which makes it difficult for thorough articulate debate anyway.


I don't like this at all. Twitter do not remove our like button!! It is so nice to be able to acknowledge that you like or agree with a tweet without replying or retweeting. Everyone uses it all the time and we enjoy it!

"CEO Jack Dorsey reportedly “admitted at a Twitter event” that he doesn’t really dig the “like” button and hopes to rid the platform of it “soon.” That said, Twitter representatives have taken to the platform to clear the air, with the Twitter Comms account saying they are in the “early stages” of those discussions." - AVNews


I'd love to see a dislike button... That'll start conversations... "Why did you dislike my post? What was wrong with it?"

"According to TechCrunch - "Twitter’s like button — the heart at the bottom of a Tweet — is one of the more enduring and popular parts of the Twitter experience. So it took some by surprise to see a story published earlier today claiming that Twitter would “soon” be removing the feature.


You realize that not all of Twitter is a stage for debate, right? Many of us artists appreciate and need likes to judge how we're doing with the communities we are a part of. Removing the like button would destroy a lot of indie artists focusing on Twitter.


When Jack gets rid of the “like” button it means only a RT button...all for click throughs & dollars. It has zero to do with “debate” on Twitter.

"Not so soon, it seems. Twitter today said that while it’s been “considering” a move to remove the “Like” button for a while now — CEO Jack Dorsey has mentioned it more than once over the the last few months — there is no timeline for the move, nor is it happening in the near future." TechCrunch

Getting rid of the like button in favour of making the platform better for debate just means erasing the biggest source of feedback for those of us who aren't here to argue with strangers.
Twitter Like Button