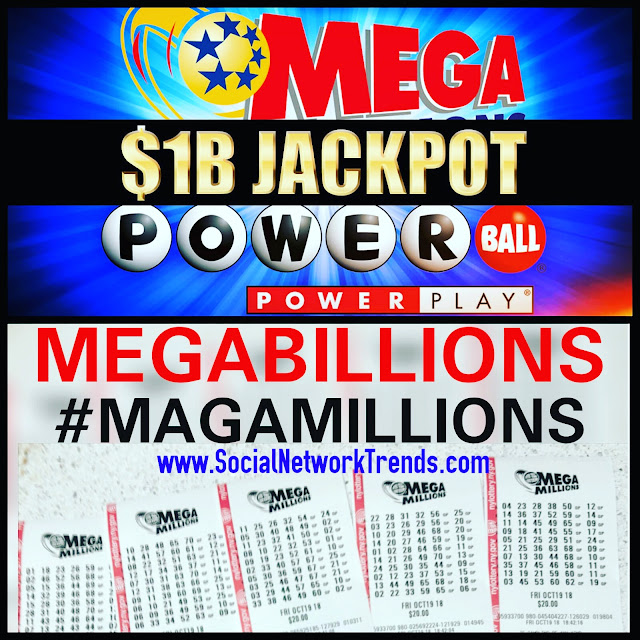 The lottery's mathematical incentive is now higher — thanks to Trump.

Only in the Trump Economy would we ever see a lottery jackpot this huge!

Trump supporters call it the #MAGAMillions, because of Trump's thriving economy.

Here are some things you might be able to afford after winning!

I was buying tickets for the Mega Millions drawing tonight and my husband insists that we pick #45 on EVERY ticket for “the best president ever”. At one of his ever so controversial Trump rallies our President stated, "President Trump: "I have created such an incredible economy, I have created so many jobs, I've made this country - with you - so great, that everybody wants to come in, so they're all pouring in or trying to."

The jackpot keeps swelling because nobody has won since July 24, when 11 workers in a California office shared $543 million, the largest prize ever won on a single ticket in the game.

Wonder what’s the tax rate on that billion dollar lottery? Trump is in office...probably be about 5%.


There hasn't been a Powerball winner since Aug. 11, causing the jackpot to rise to $470 million. The next Powerball drawing will be Saturday." (CBS News)

What to buy if you win the Mega Millions?

No Mega Millions jackpot winners in California, but 1 ticket sold in Morgan Hill matched 5 of 6 numbers. We’re still waiting on results from other states. If no one wins the jackpot tonight, Tuesday’s jackpot is an estimated $1.6 BILLION!
Lotto Trend Mega Billions