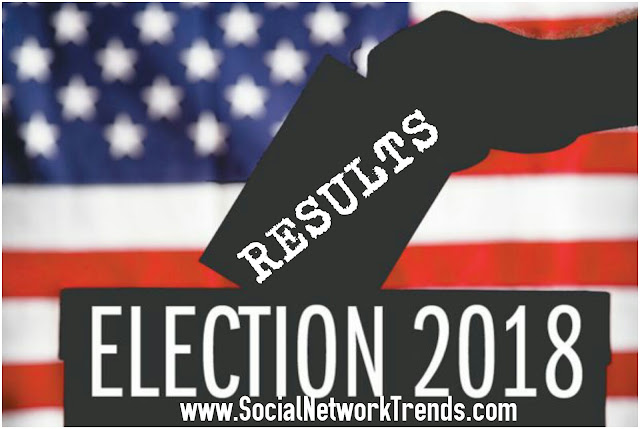 The latest on US Midterm #Election2018: Results


So, what does it all mean? It means that the House is useless without Senate approval. Senate makes the Supreme Court nominations, the Executive power is all Red. The veto power is all Red.

How in the hell and Fox call the House and the Senate when on 40% of the national vote is in, but can't call races where the Republican is leading with 99% of the vote counted?

Trump's Call To Nancy Pelosi  - According to CNN

"In his first reaction to a mixed night, Trump chose to celebrate Republican successes even though the loss of the House meant his record of busting political convention could not defy the traditional first-term midterm curse faced by many of his predecessors."


But the new Democratic House will pose a perilous problem for the President, who must now brace for the novel experience of oversight from Capitol Hill with Democratic committee chairs promising constraints on his power that the GOP never attempted.


I'm very disappointed with the way that Fox interfered with the election with its coverage? The House is useless without Senate approval.  Senate makes the Supreme Court nominations, the Executive power is all Red.

Nancy Pelosi, the former House speaker who is in position to lead again, pledged that the new majority would work to rein in the White House as well as to improve health care, lower the cost of drugs and protect millions of Americans with pre-existing conditions.


"Today is more than about Democrats and Republicans. It is about restoring the Constitution's checks and balances to the Trump administration," Pelosi said." - CNN


The veto power is all Red.  Pretty good outcome for us it is you who is in denial....Nothing passes without the Senate.

"We are still waiting for all the votes to be counted, but it's believed that 113 million people voted yesterday.

That is 49 per cent turnout - high for a midterm." According to Telegraph.


This “blue wave” was nothing more then a chemical treatment leak from a Porta potty. All I want to know is....  Are Republicans sitting in the streets crying “Nooooo!” at the sky because Dems took House??  No.  We’re cracking jokes on social media and going to work this morning.

According to The Week, "The midterm elections may be over, but President Trump still has one very surprising endorsement.

Even before Democrats reclaimed the House of Representatives Tuesday night, some congressional newcomers had indicated they wouldn't elevate House Minority Leader Nancy Pelosi (D-Calif) to her old spot as House speaker.

But in a Wednesday morning tweet, Trump declared Pelosi "deserves to be chosen Speaker of the House by the Democrats."

And if "they give her a hard time," Trump suggested he may push some Republican members of Congress to vote for Pelosi too."

In a way I believe the message is if the Republicans would had won both house and Senate, then our Government would had been able to get more plans done quicker with no road blocks by Democrats anymore.

If you think the Senate is going to vote FOR IMPEACHMENT on Trump or Kavenagh  you are even in more denial than after 2016.

Thank you President Trump for helping us to hold the Senate. That is most important. Now bring this nation together for the good of our country.
Dems Take The House Election Results 2018