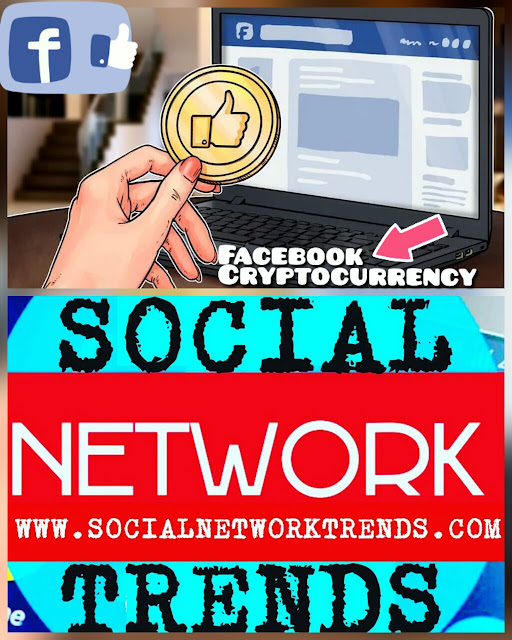 Facebook revealed plans to launch a cryptocurrency called Libra and a subsidiary called Calibra, which will offer digital wallets to save, send, and spend Libras, the latest development in its effort to move into ecommerce and global payments!


The Libra' profit model is to get you to give them real USD which they invest and keep the interest on, while you get their IOU. They make interest, you don't. If bad things happen, your IOU's become worthless, and what used to be your USD, is now theirs. Sorry.

But the name Facebook gave its new cryptocurrency has upset some members of a very specific group: people born between September 23 and October 22.

Libra is the name of the new digital currency Facebook announced on Tuesday. It is also the astrological sign often associated with innovation, leadership and fairness. Some actual Libras — the people, rather than the decentralized, cryptographically-secured digital token — took issue with the scandal-plagued technology company using their sign to market a new product.

"As a Libra who hates Facebook, my response is this: How dare you," tweeted Lynsay McCaulley.
Facebook's new cryptocurrency has unexpected critics: Libras -By Heather Kelly, CNN Business


"As a Libra with Libra rising I'm torn: on the one hand I like being pandered to; on the other hand there will be no one left to pander to me after Facebook destroys the world," said Megan Campbell.


Most of the unhappy Libras seemed primarily to be upset that it was Facebook using the name. Many cited issues they had with the company, such as concerns about how it handles privacy.
However, others were specifically worried about what the name portended for the currency.


"As a libra sun, i am flattered yet horrified that facebook would name its cryptocurrency after the most flighty, fiscally irresponsible of the signs!" tweeted Em Gibson.


The critical nature of the tweets line up with some classic Libra characteristics, according to one expert.


"Libra is the sign of balance, fair play and harmony, and I don't see a lot of that in Facebook these days," said astrologer Angel Eyedealism. "The fairness element of Libra is offended by this, it's the least selfish of the signs ... they remember to ask for things and Facebook didn't ask them."


Luckily for Facebook, Libras are also known for striving for diplomacy. Some said they were flattered by the company's choice."


The quote suggests that Facebook, the company that allowed russians to interfere with elections, and then lied about it. Facebook, once told you your privacy mattered, then shared every private detail to large corporations. Facebook wants you to give them money in exchange for play tokens Libra'.


Our conclusion is this, we would like to welcome LIBRA - it will do a lot to legitimize and popularize digital currencies when it gets here. We would also like to remind everyone that you will be able to create your own “LIBRA’s” in seconds with SEO’s own Malkam Dior Millennial SEO Infographic blog very soon!
Digital currency