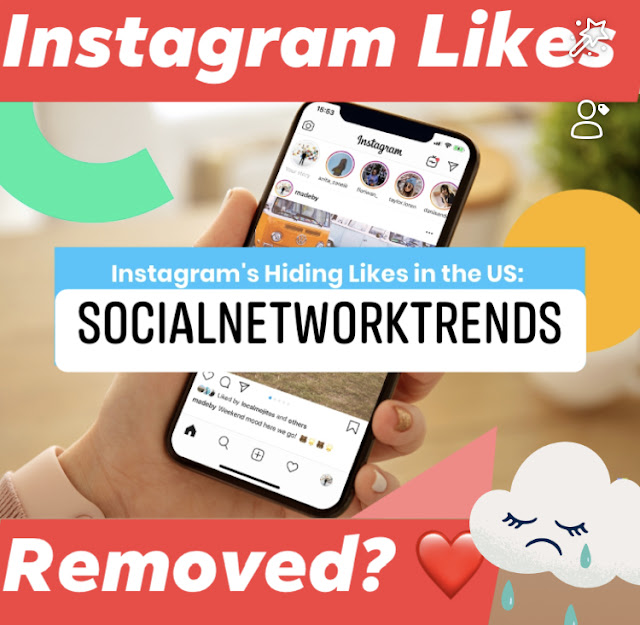 Have you heard? Instagram To Hide "Likes" From Users Starting Next Week - Social Network Trends


That's hilarious, it's why 95% of the people are there. Major changes are coming to Instagram. Starting next week, the social media platform will start hiding ‘likes’. The company is testing whether reducing popularity contests will make a safer online environment for users.

According to an article published on Business Insider - “Likes aren't completely gone. You can still view the like count on your own photos and videos — just not posts from others.

It's good for mental health of teens’ —-but bad for some Influencers.

It's good to go through this when they're young. It's a lot harder when they get older and have to go through real serious stuff. Like losing loved ones year after year, having to raise a family in a difficult economy, making ends meet, having people you have to deal with hate you, the list goes on. We're not put on this Earth to have everything given to us. We'll go through difficult times. Those who went through WWI, the great depression, and WWII had real stuff to face.


Instagram doesn't care. They've made their billions and have invested in things that aren't going anywhere soon. They're doing it to distance theirselves in some way from this Social media hate storm that is brewing on the horizon.

In conclusion, I think that because they leverage those likes to get deals with the sponsors in the first place. If you remove the likes, then what happens?

People are about to be posting screenshots of their likes now. What are your thoughts on Instagram ‘Likes being Removed?