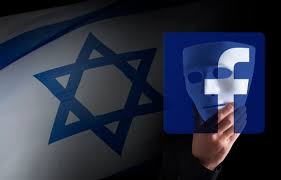 Images of the 13-storey residential tower in Gaza that collapsed after Israeli airstrikes targeted the building! 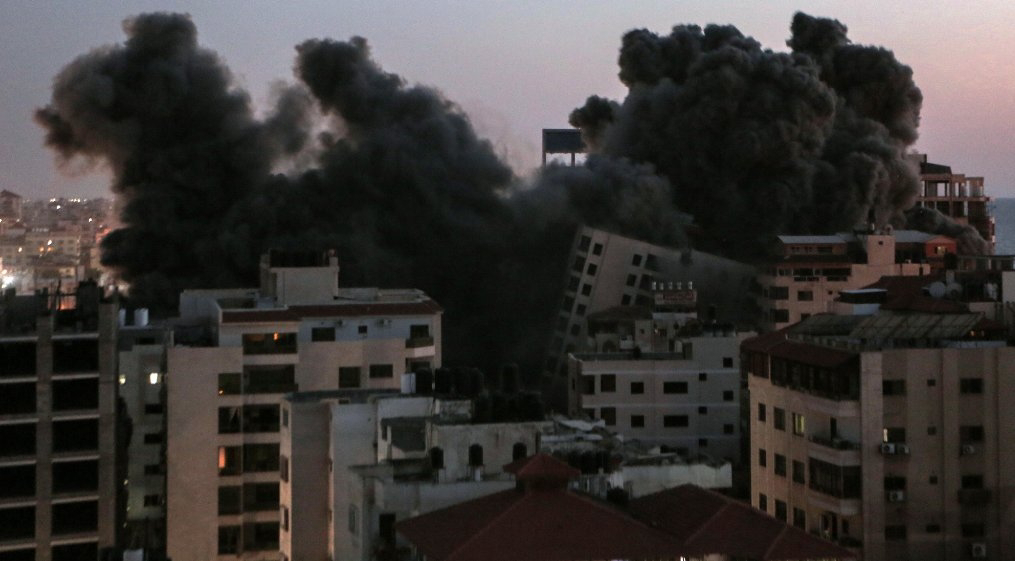 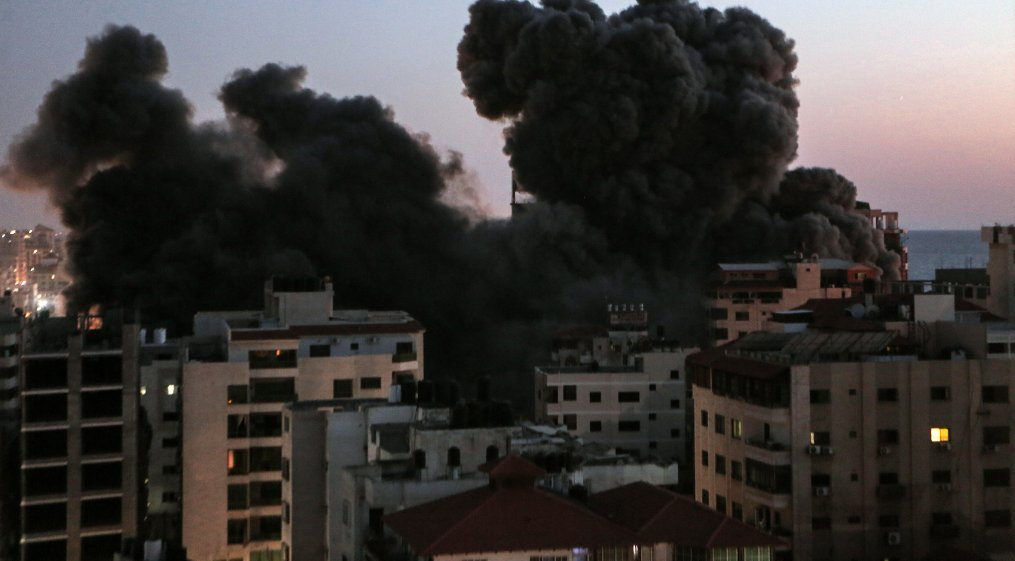 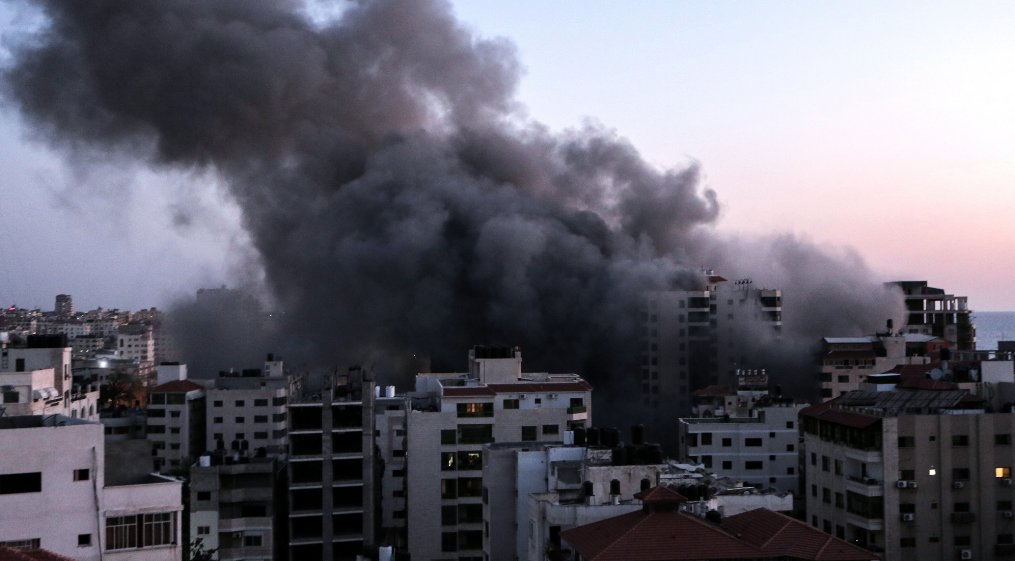 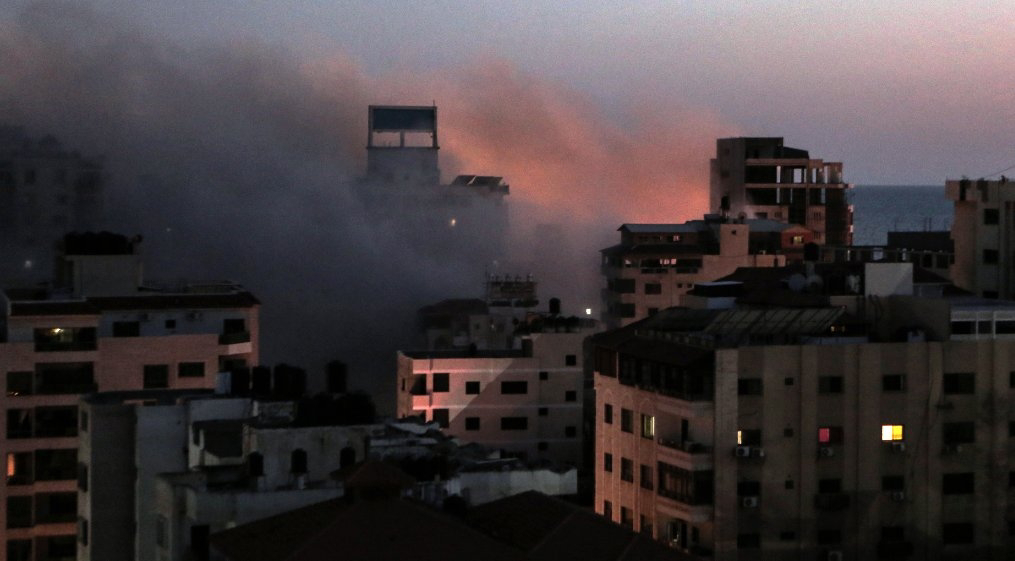 Death toll climbs as violence between Israeli forces and Hamas escalates Israel launched new airstrikes into Gaza on Tuesday, leveling an evacuated 13-story building, while “hundreds” of rockets from Palestinian militants reportedly hit southern Israel and extended the violence to Tel Aviv, according to CNN. 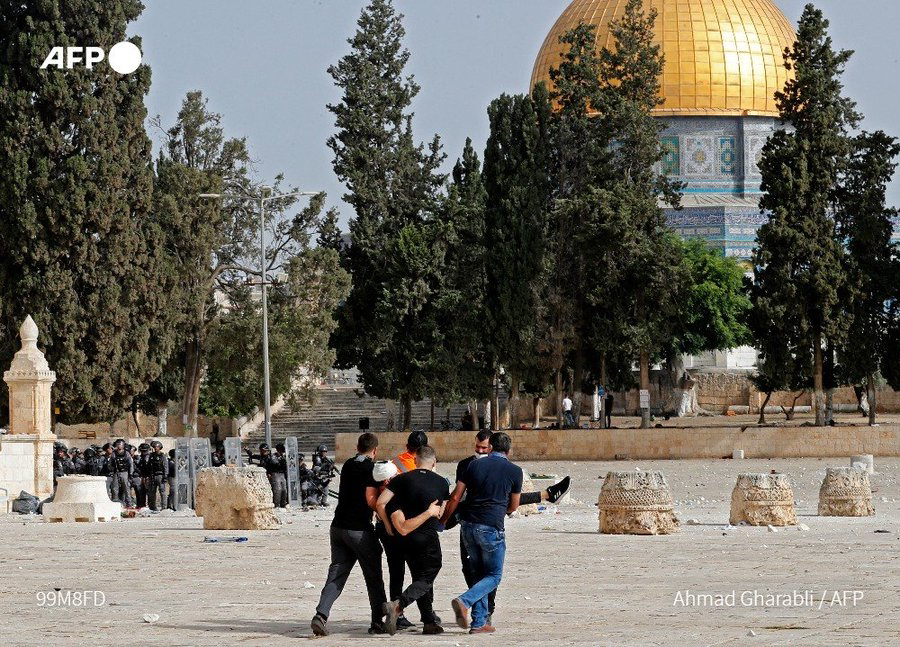 Since Monday, at least 28 Palestinians — including ten children — have been killed, say Palestinian officials, and at least 3 Israeli women were also killed in the first Israeli deaths in this current standoff.
Photo via @AFPar
Israel's Competition Authority said on Tuesday it was considering imposing a fine of about 6 million shekels ($1.8 million) on Facebook (FB.O) for buying two Israeli companies without the agency's consent. 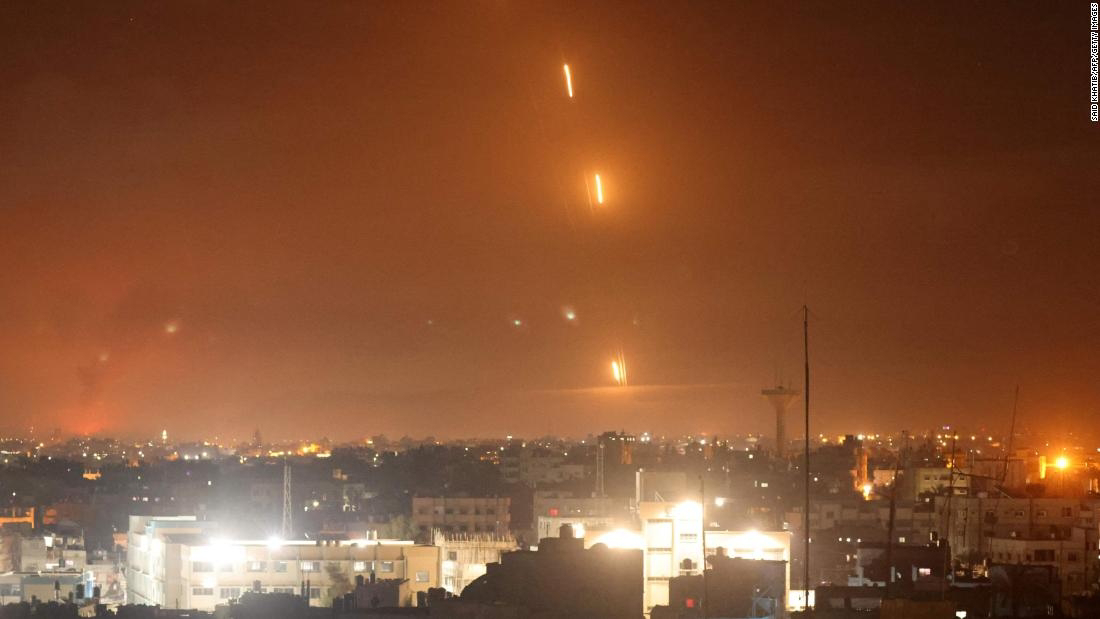 Rockets are launched towards Israel from Rafah, in the southern Gaza Strip - Socialnetworktrends.
It said the fine is subject to a hearing and Facebook has the right to submit its arguments to the authority's director general within 60 days.
What you need to know
- The exchanges between the two sides represent “some of the most intense fighting between Israel and Hamas since their 2014 war,” according to AP.
- On Monday, Israeli police fired stun grenades in the Al-Aqsa mosque in Jerusalem, one of Islam's holiest sites, and Palestinian demonstrators threw stones at police.
- On Tuesday, Palestinian militants launched rockets into Israel in response to the incident in Jerusalem, CNN reports. Israeli PM Netanyahu promised to “further increase force" 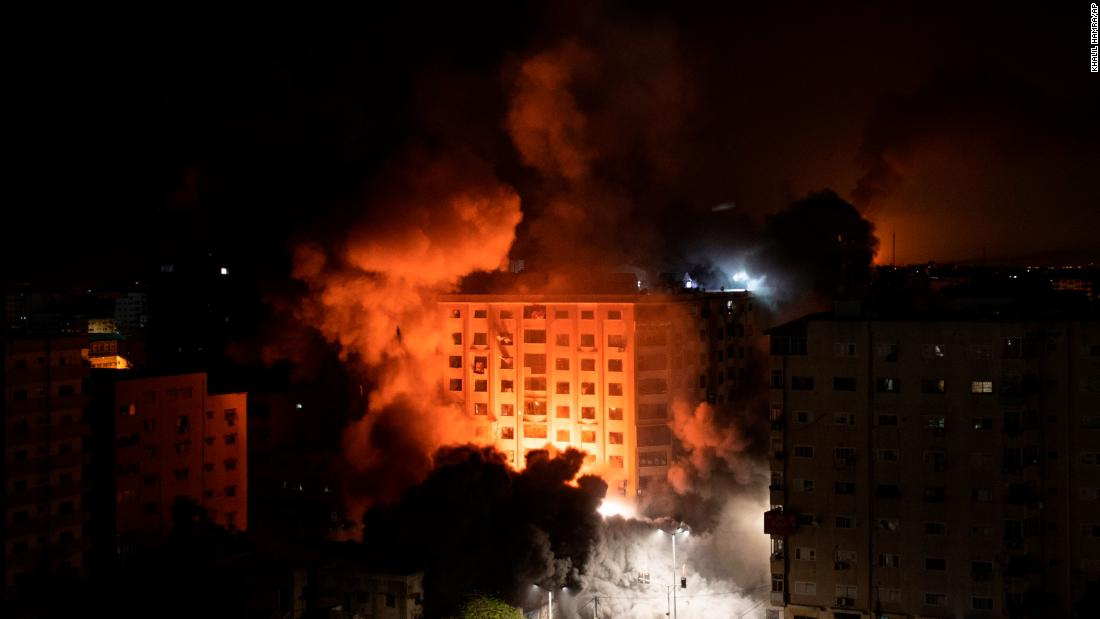 Smoke caused by Israeli airstrikes are seen at a residential building in Gaza City.

US President Joe Biden has received a briefing from his national security adviser on the ongoing violence between Israelis and Palestinians, White House press secretary Jen Psaki said Tuesday.

Biden had directed his team to "engage intensively" with Israeli and Palestinian leaders, she said. "His team is communicating a clear and consistent message in support of de-escalation and that is our primary focus. The President's support for Israel's security, for its legitimate right to defend itself and its people is fundamental and will never waver." 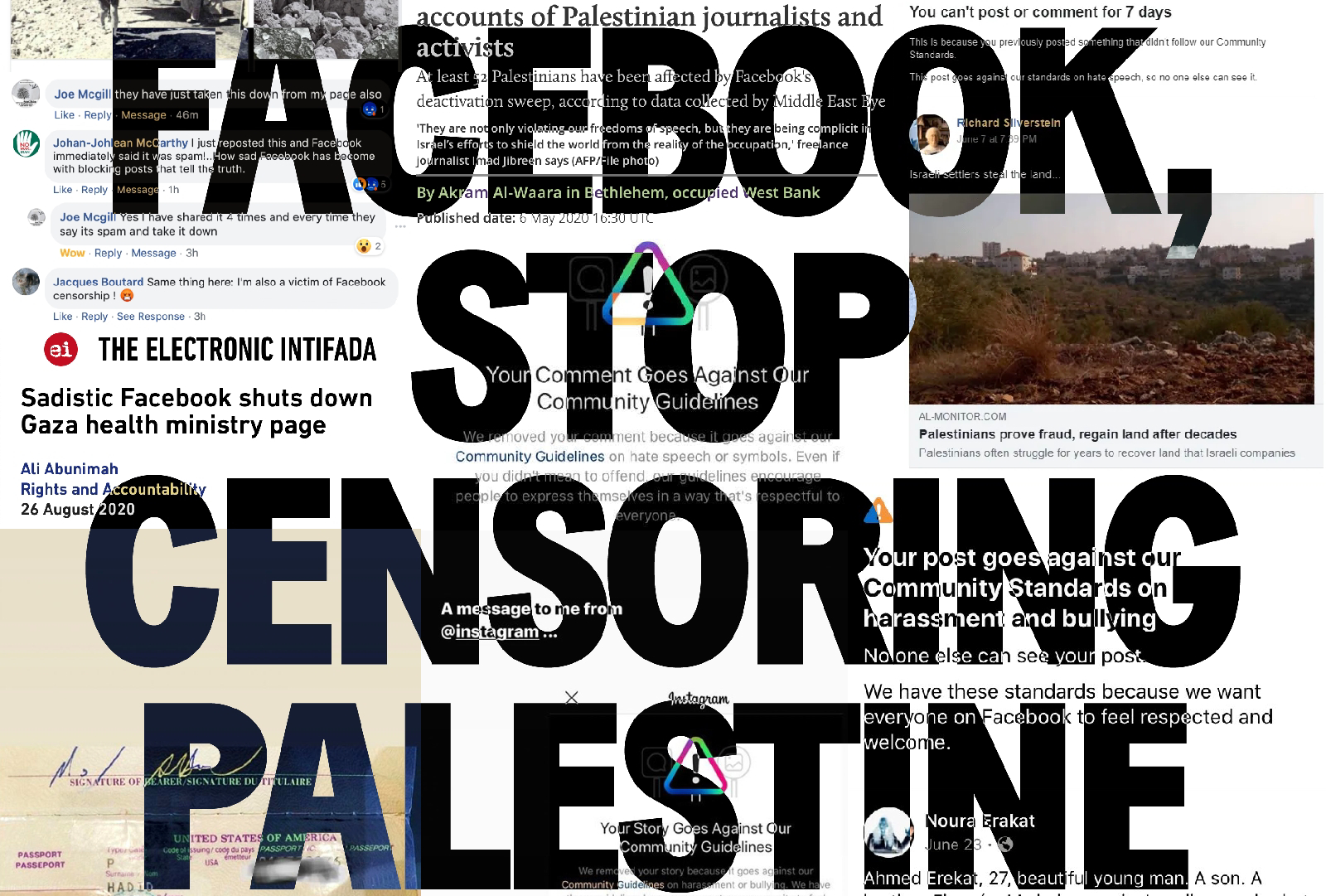 She condemned Hamas rocket attacks into Jerusalem but also said "we stand against extremism that has inflicted violence on both communities."

US officials have "spoken candidly" with Israeli officials about the eviction of Palestinians from East Jerusalem, Psaki said, saying they worked against shared interests of reducing violence.

"We believe Palestinians and Israelis deserve equal measures of freedom, security, dignity and prosperity," she said.